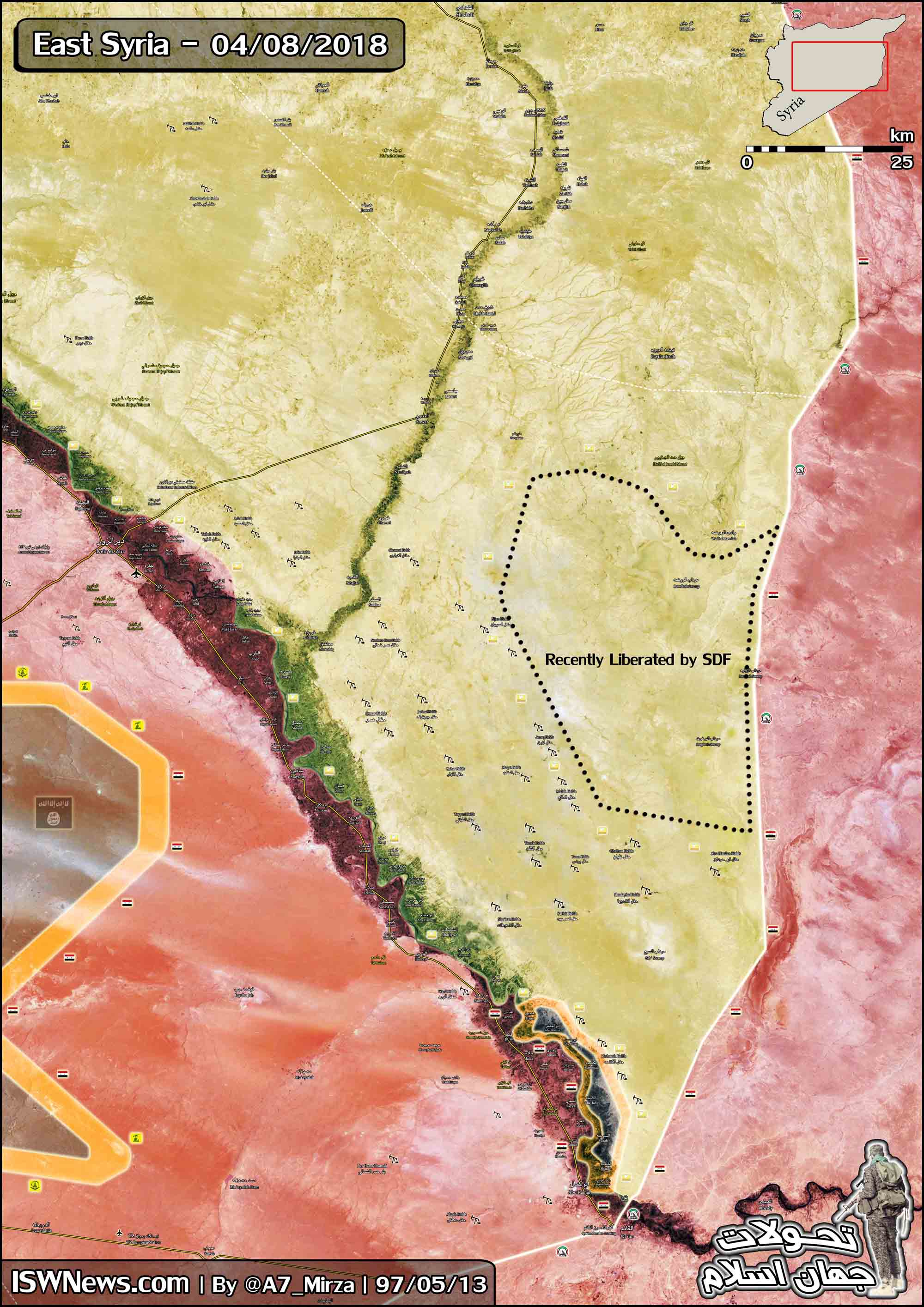 According to the available information, the SDF forces launched the operation in 3 axes to clear the eastern Deir ez-Zor and ultimately managed to achieve this goal by reaching the Baghoz town and clearing the border line.

Thus, SDF forces with the support of the US Coalition, captured a total area of about 1,500 km2 at this stage of advances.

The notable point about announcing this news by the SDF is that just hours after the announcement of the complete liberation of the area, ISIS terrorists attacked SDF positions in Badia al-Sha’fah and killed a number of SDF forces and destroyed two SDF vehicles.

Despite the announcement of the liberation of these areas, it seems that ISIS terrorists are still active in the region, or that areas may not be completely clean and secured.

However, based on the SDF official announcement, these areas are shown in yellow on the map.

With the clearing of the eastern parts of Deir ez-Zor, SDF operations are expected to begin in the Hajin area and the remaining areas on the eastern side of the Euphrates soon.

Related news: About 3,400 square kilometers of eastern Syria were cleared from ISS terrorists.