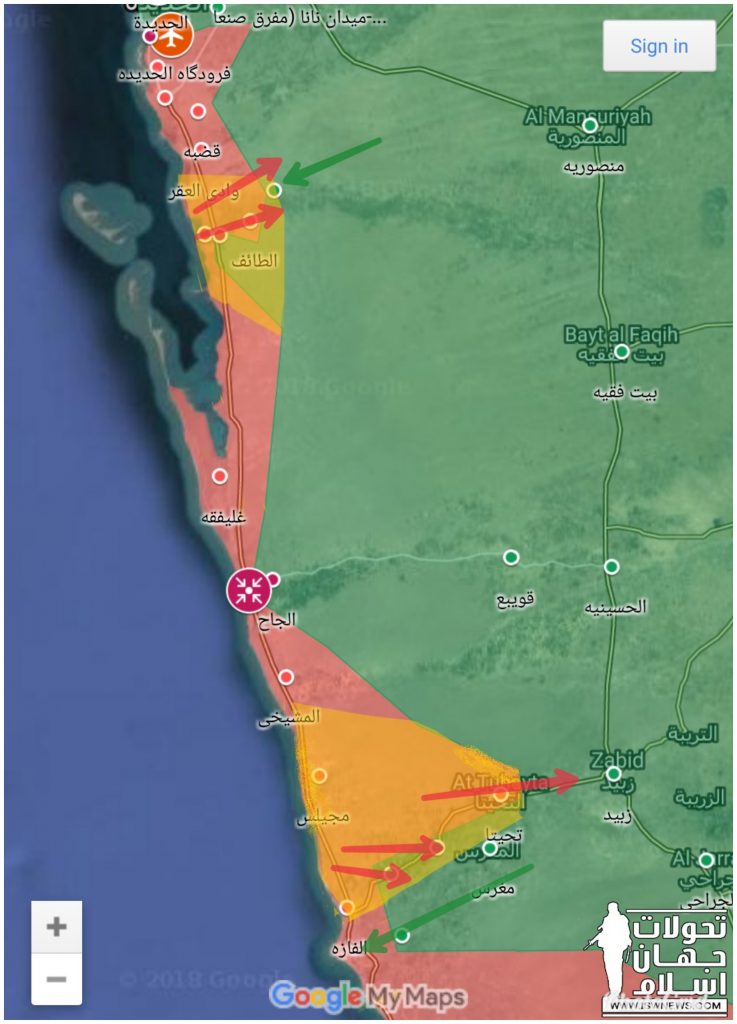 Islamic World News Analysis Group: At the moment, the heavy battles in south of Hudaydah are ongoing in two axes of Zabid and Al-Durayhimi.

Clashes are taking place on the western and the northwest of al-Durayhimi front, and the urban warfare has started.

The Coalition warplanes are heavily bombarding  Zabid and Durayhimi, and ground attacks of UAE-backed forces to Zabid have been repelled so far.

Also Ansarullah UAV bombed the UAE-backed forces Ambara base in the western coast. (south of al-Hudaydah)

2- Firing a Badr-1 missile to a Saudi military base in Najran.

Saudi-led Coalition declared that the missile were intercepted.