Funeral for Bodies of Dhahyan Massacre Martyrs in Saada 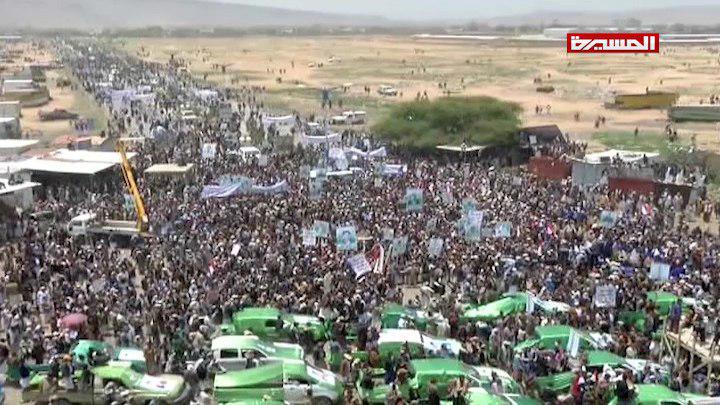 In the latest crime of Saudi aggressors, fighter jets of Saudi-American Coalition targeted a bus full of children in Dhahyan (of Saada province), which as the result of this crime, more than 50 children were martyred and 77 injured.

On Monday thousands of Saadah & Sana’a people and other provinces, while holding pictures of resistance & Ansarallah martyrs, participated in this funeral, and declared their readiness to confront with Saudi aggressors, and showed their disgust to “Global Arrogance” with leadership of America and Israel.