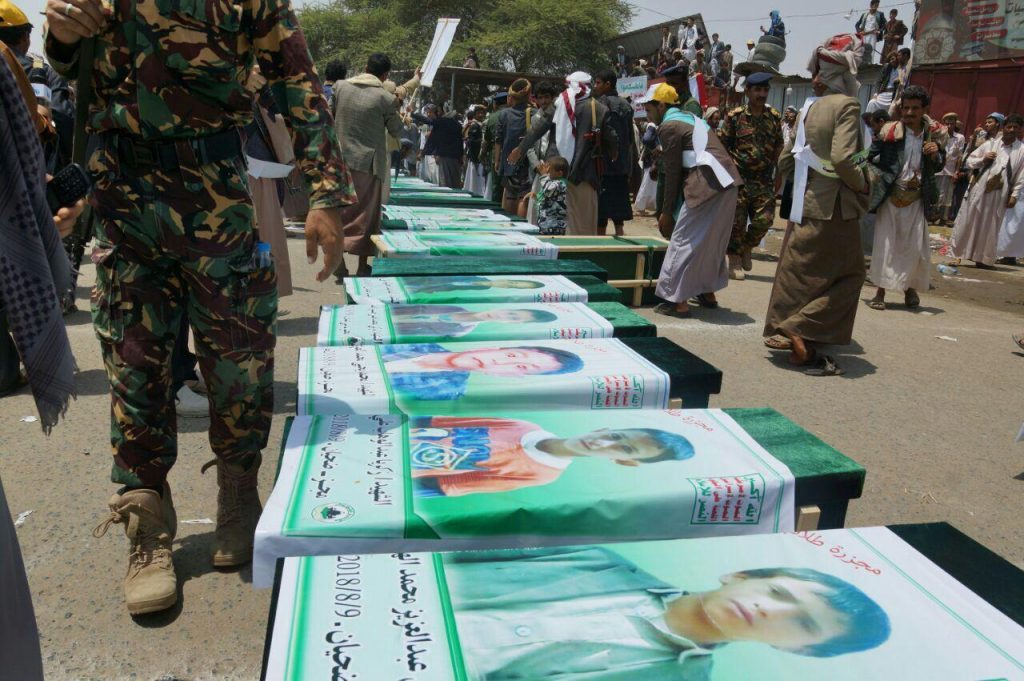 1- Al-Hudaydah:
Some Saudi Coalition medias have claimed that they took the full control over Ad Durayhimi.

The fall of Ad Durayhimi is not true and UAE-backed forces in desert want to siege Ad Durayhimi.

Also in pivot of airport and southern Al-Hudaydah, clashes got escalated in region of Al-Manzar, but there are no changes in contact lines.

UAE-backed forces have retreated from southern countryside of airport.

Yesterday, Ansarallah fired a short-range missile towards the position of UAE-backed forces in west coast.

2- Hajjah
Speaker and medias of Saudi-led coalition described the situation of this front as follows :
Once again Malahit have fallen into the hands of coalition forces and moving towards the heights of Marran is ongoing.

3. Martyrdom of another children from injuries of Dhahyan bombing of Saadah province.

Therefore, according to latest statistics, the number of martyrs of Saudi crime reached to 52 people, and the injuries to 79.