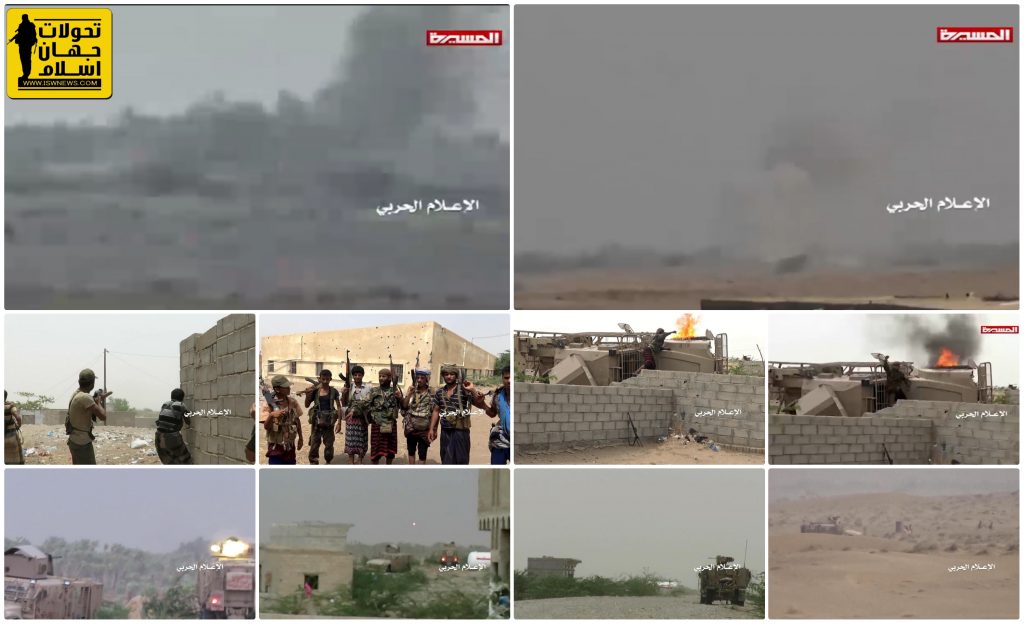 1. Al Hudaydah
AnsarAllah’s and People’s Committee Forces’ resistance in Durayhimi. West, east and north of Durayhimi are peaks of engagement.
Media close to the Coalition (for the nth time) claim to occupy Durayhimi. All-aspects attack to Durayhimi by Saudi Coalition has started from 2 August as part of the operation to occupy al Hudaydah province.

4. A missile Badr-1 fired toward military base of Saudi in Najran.

According to AnsarAllah, it hit and so far media close to the Coalition has not reported anything about casualties and damages.