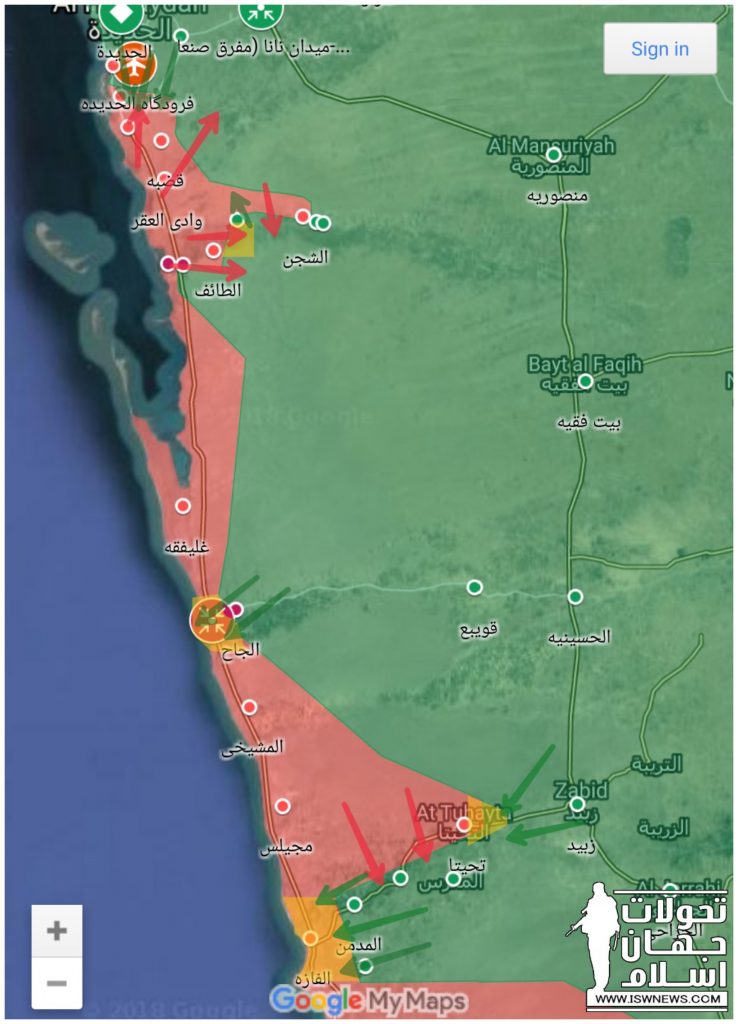 Latest news from Hudaydah, north of Hajjah and Jizan fronts

In the map axes of attacks of each side in south of al Hudaydah front are shown.
– Red: Saudi Coalition
– Green: AnsarAllah
– Yellow: Engagement

AnsarAllah attacks in north of Durayhimi axis. Mansoor Hadi forces claim to cut all roads to south ofDurayhimi (if true, Durayhimi is under complete siege).

In east of Tuhayta axis during the engagement, Qataba village is reclaimed by AnsarAllah and People’s Committees.

In south of al Hudaydah engagements in north of Manzar and airport have restarted and no change in lines.

2. Jizan
Firing a missile Badr-1 to Jizan after spotting Sudanic forces gathering point by AnsarAllah drone.
Saudi Coalition claim to intercept the missile in the sky.
Firing another missile Badr-1 to economical region in Jizan (Aramco); this was the 185 missile firing toward Saudi Arabia.

3. Hajjah and Saada
Saudi Coalition forces in east of Haradh reached Shalilah village in south of Nar mountain.
Engagements at the entrance of Marran heights.