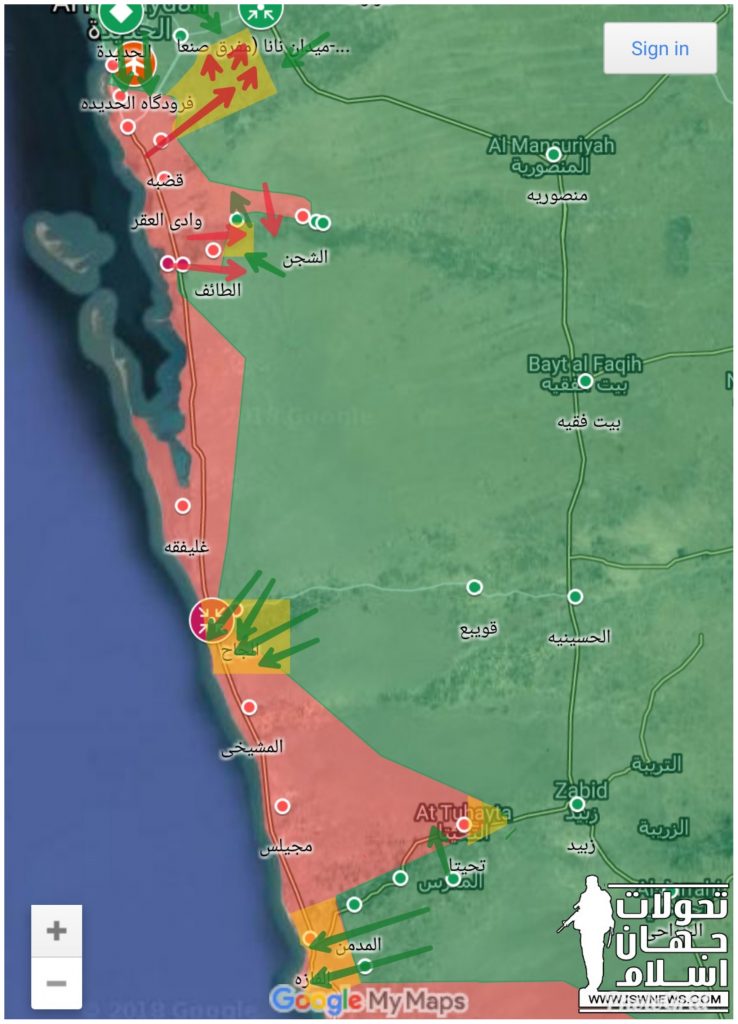 Following the Saudi-led forces attack on southeastern part of Hudaydah, the Saudi medias claimed the occupation of al-Jaribah, Zaghfran, Abqar and blockade of Sanaa-Hudaudah road.

However, this road is still in Ansarallah(also known as Houthis) control and the clashes continue in mentioned areas.

Also clashes continue in southern front like north of Manzar and the vicinity of Jamal square.

Ansarallah attacks to gathering of al-Qaeda forces in Qifa region.

Repelling the Saudi-led Coalition attacks on Dhahrah area in Khab and Shaf district by Ansarallah and popular committees.

The Coalition attacks in this axes continue from northeast of Saada(Kataf) and “Khab and Shaf” district(al-Ajasher deserts) and Maslub and al-Motun; Ansarallah resisting in this area by using the texture and geographical situation of the region.