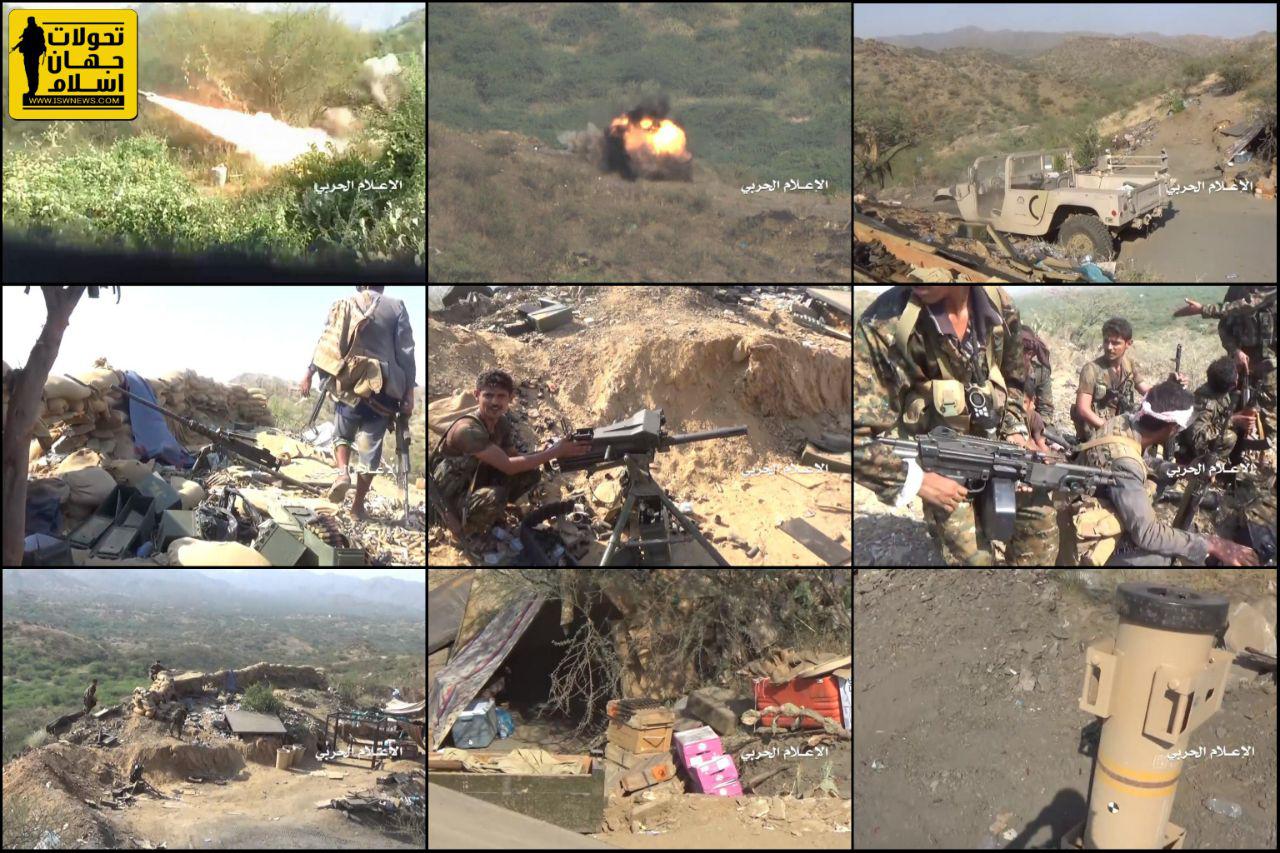 1. Joint drone and artillery operation by AnsarAllah in Nihm (northeast of Sanaa province) against the Coalition and Mansoor Hadi forces.
A short range missile launched to gathering point of Mansoor Hadi troops and AnsarAllah claimed that it hit the target.

In Huwaymi, north of Sallu and south of Hayfan there are engagements.

Images: Clashes in northern borders of Yemen(Al-Dud heights and south of ‘Alab borderway)