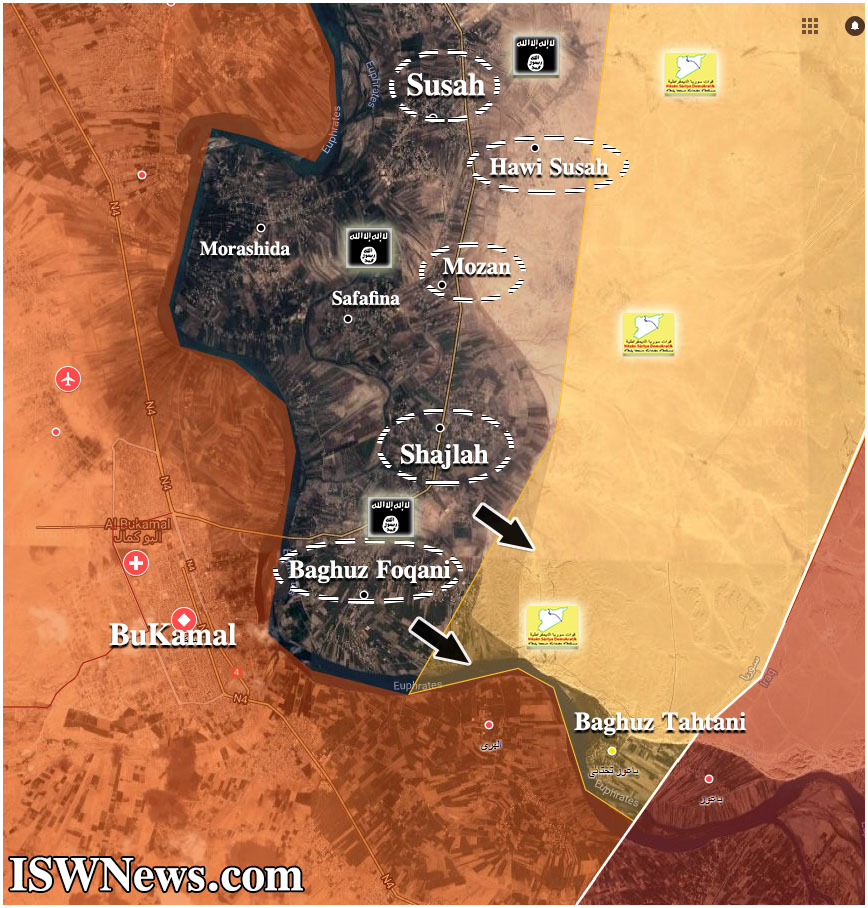 Islamic World News Analysis Group: According to local sources more than 85 of SDF have been killed during recent ISIS attacks.

After recent engagements in east of Euphrates River, ISIS media claiming to reoccupy Susah, Mozan, Shajlah and most of Baghuz Foqani.
Considering broadcasted images and the silence of SDF media, the news seem to be correct.

On the other hand, there are news that with worsening of the situation special forces of SDF and US Marines which participated in Kobani and Raqqah with heavy equipment have been dispatched to the region and probably there will be a new operation in the region or at least ISIS advances will be halted.

At the same time some units of Iraqi Army and PMUs are dispatched to the region and took position in south of Baghuz Tahtani region.

It is noteworthy that the news of ISIS attacking west of Euphrates and Syrian Army positions are not confirmed so far.