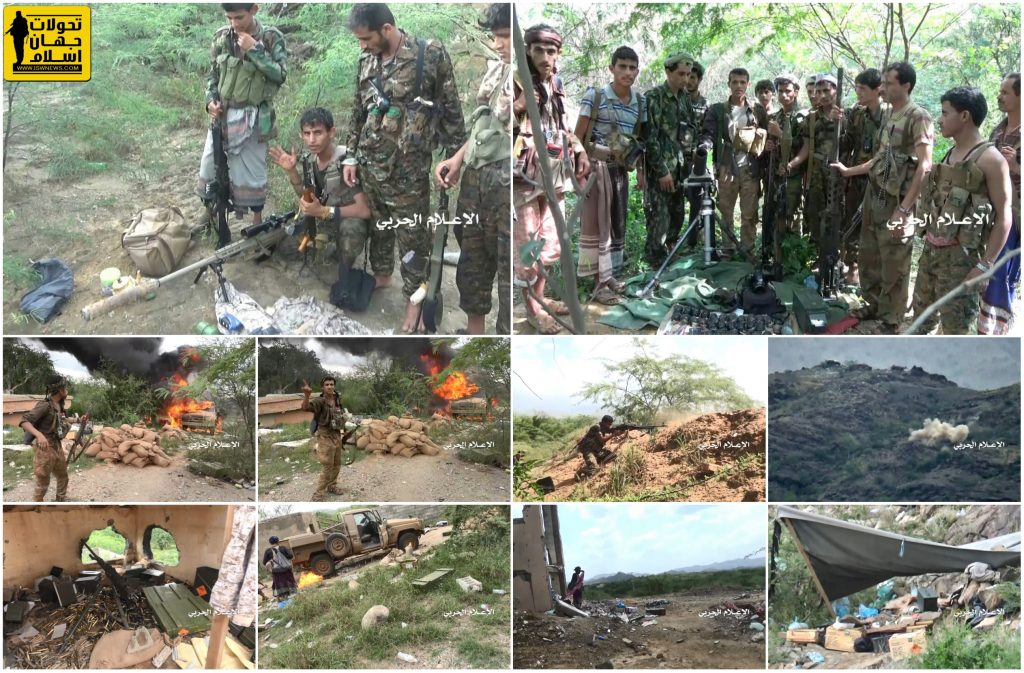 1. Al Hudaydah:
– According to Emirates media, AnsarAllah with help of consultants from Iranian Revolution Gaurd and Hezbollah of Lebanon are digging a tunnel network under al Hudaydah to be safe from air raids.
This tunnel network spans from center of al Hudaydah airport to south of Rabsah and medical school.
– Shooting down a Saudi Coalition drone in northeast of Durayhimi.
– AnsarAllah attack to Saudi Coalition logistical convoy in south of Nana(16kilo) square and eastern road of al Hudaydah.

Clashes in south of Nana square