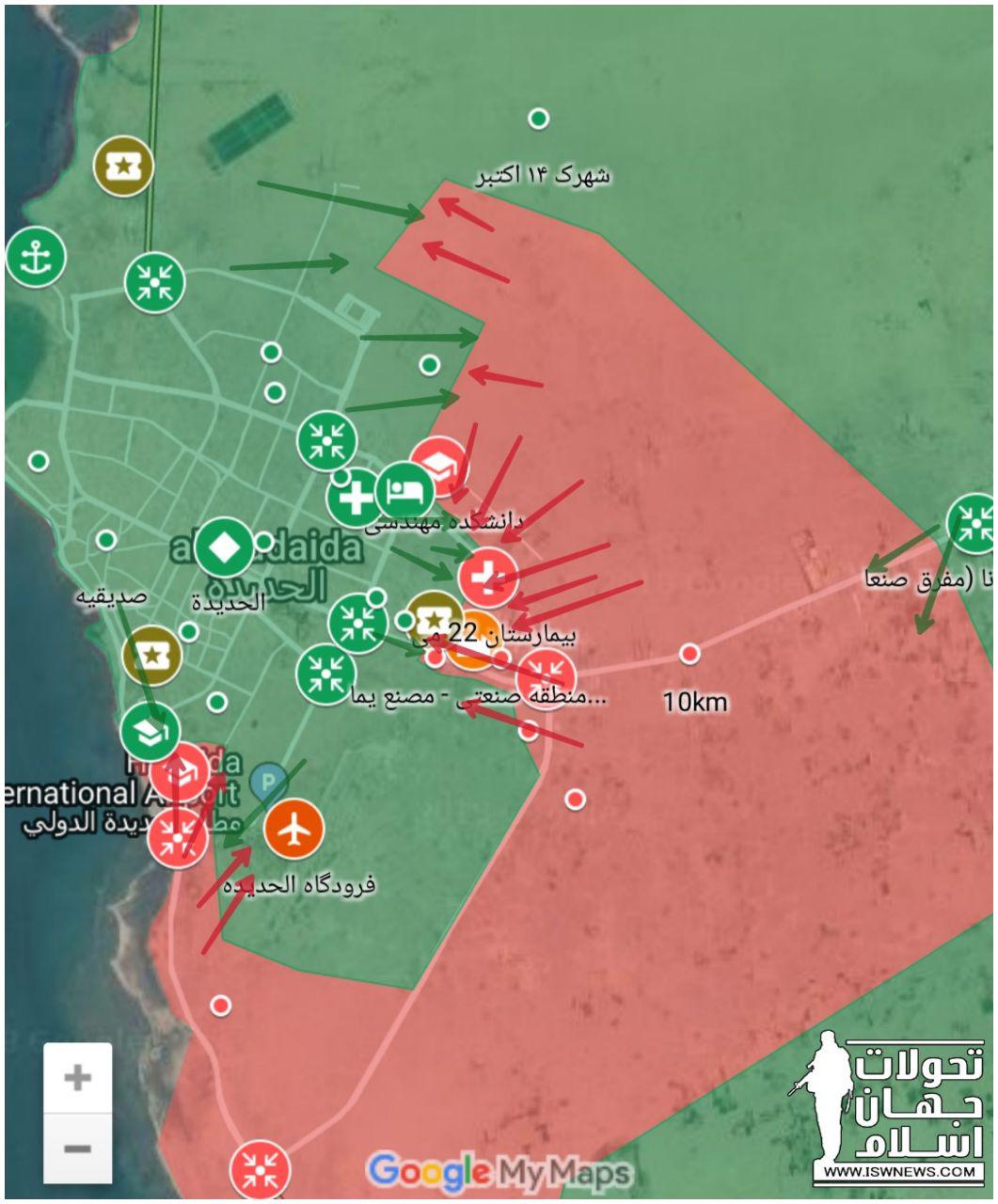 1. Al Hudaydah:
– In eastern front heavy engagements on coastal guard base and Sanaa street toward Mobile square.
– In southern front today Coalition’s attack to university and west of the airport has not achieved anything due to AnsarAllah’s brave defense.

Coalition intends to occupy al Hudaydah airport from north and west and in future days, there will be heavy battles around the airport.
– Coalition claims to defeat AnsarAllah’s attacks in Tuhayta and Fazah and AnsarAllah released images and videos showing clearing Jabaliah.
– AnsarAllah’s attacks shown in the map.

2. Sa’adah:
– Saudi Coalition occupied Al Maqran village and Vakafah height in Razih district.
– Saudi Coalition to stop AnsarAllah’s attacks inside the border between Jizan and Najran is trying to occupy the northern strip of Yemen.

3. Dhale’:
– Coalition claims to reach southern neighborhoods of Damt and Damt  is in the hands of AnsarAllah.
– If regions Damt and Juban fall in north of Dhale’ province, engagements will reach south of Baydha and then occupying the province won’t be difficult for Saudi Coalition.

4. Firing a missile Badr-1 to a military base in Asir(south of Saudi), no confirmed news of Intercepting and destroying the missile yet.