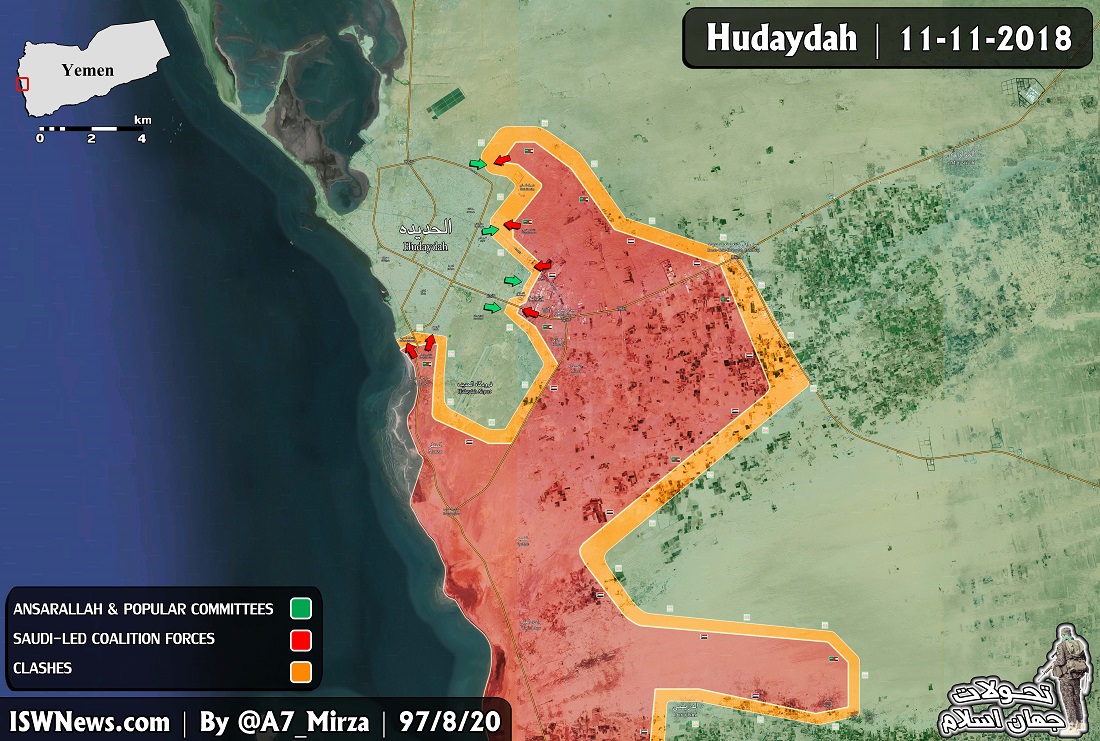 The situation of frontlines during the last two days is unchanged and after cutting Saudi Coalition logistical line in Jabaliyah region in western coast of Yemen, Coalition advancing in al Hudaydah has slowed down.

News from Jabaliyah region are that Saudi Coalition is gathering its troops in south of Jabaliyah to attack AnsarAllah and reopen its important logistical line in western coast.

Inside al Hudaydah from today noon, Coalition forces started an operation with support of Apache helicopters and warplanes near Hudaydah university and Rabsah in west of the city.

AnsarAllah media claimed that in the battle of al Hudaydah and around it, more than 180 Saudi Coalition troops are killed so far.

There is not confirmed news from Coalition media about casualties of AnsarAllah.