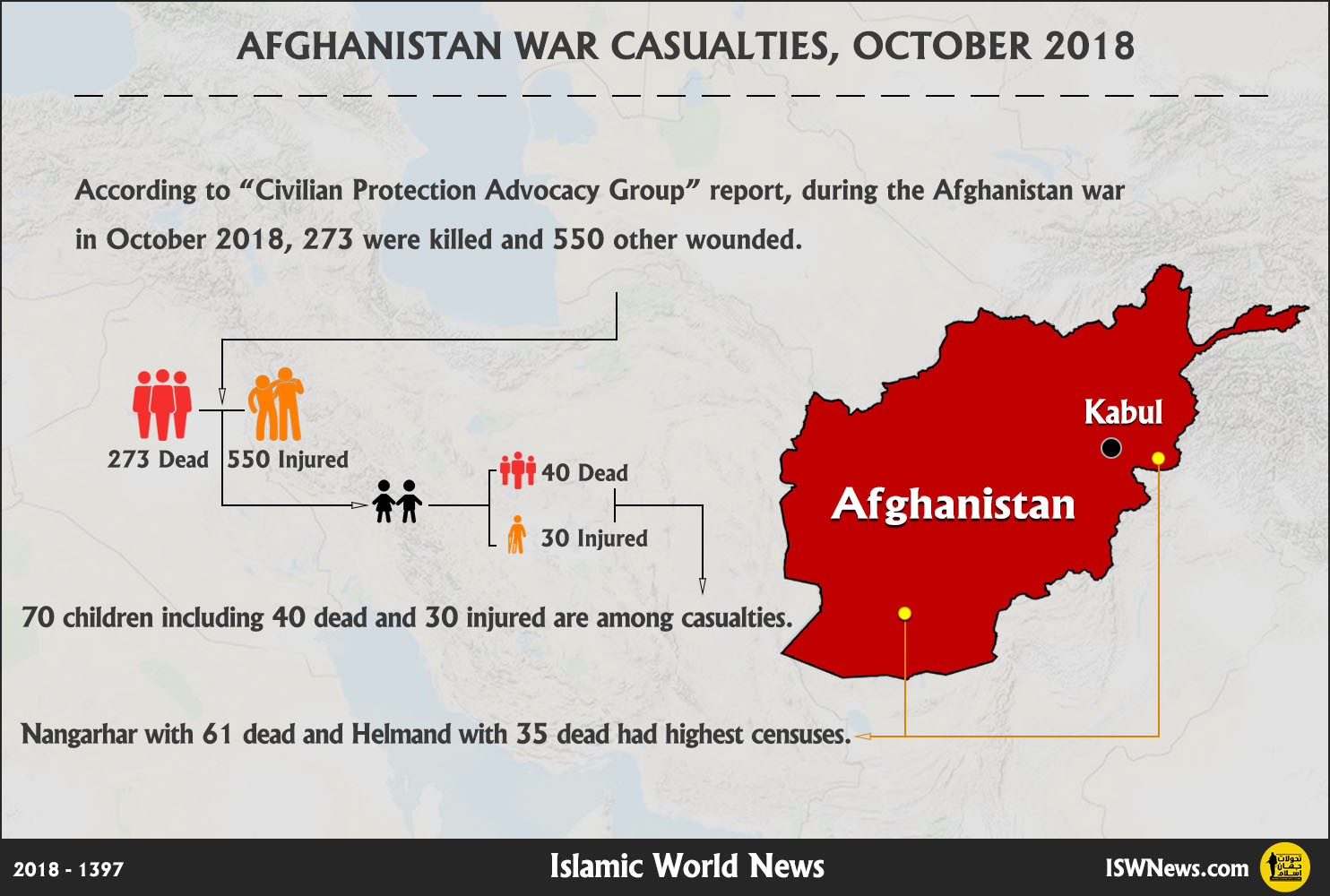 According to Civilian Protection Advocacy Group report, during the Afghanistan war in October 2018, 273 were killed and 550 other wounded.

70 children including 40 dead and 30 injured are among casualties.

Nangarhar with 61 dead and 67 injured and Helmand with 35 dead and 45 injured had highest censuses.

It’s noteworthy that due to attacks to election campaign sites and attacks on the day of voting, 88 civilian killed and 279 injured.

Also during the operations of Afghan security forces 83 civilians killed and 45 injured and other casualties are due to suicide attacks, road mines and rockets for which anti-government groups are responsible.