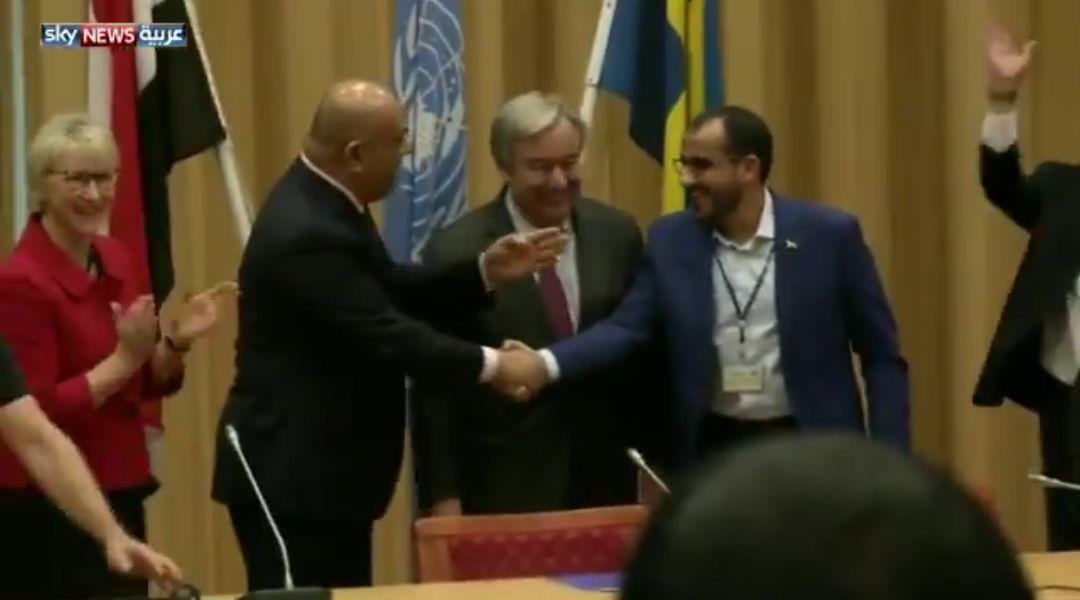 According to both sides and UN the details are contradicting and not clear but it seems three contents of al Hudaydah, Taiz and POWs exchange have been agreed on.

António Guterres UN General Secretary after presenting in Stockholm, considered Yemen negotiations constructive and mentioned issues of ending the engagement in al Hudaydah and cease-fire and ending siege in Taiz are agreed on.

According to UN General Secretary:
– Al Hudaydah agreement emphasizes on retreating both sides from the city and harbor.
– Next round of negotiations take place on January 2019.
– Confronting sides in Yemen agreed on having a plan to implement the agreement contents that are still challenging in January summit.

Martin Griffiths UN Emissary in Yemen affairs said in press conference:
– we strive to open Sanaa airport within a week or less, we will sign an agreement about Sanaa airport.
– Agreement for al Hudaydah harbor is practical and tangible.
– The agreement is presenting to UN Security Council tomorrow.

Muhammad AbdulSalam opinion about today’s agreement:
– We gave some points in al Hudaydah because of our people.
– Aden airport is not controlled by Yemeni side, so we rejected planes landing in Aden and then Sanaa and vice versa.
– Resuming Sanaa airport is basically helping humanity situation in Yemen.
– We don’t accept imposing list of POWs and hope that exchange happens completely.
– Al Hudaydah cease-fire is an important part and a victory for humanity.
– If there is true intentions, we can reach a cease-fire in whole Yemen.
– Sanaa airport siege is not our imposition but assaulters’ to Yemen and immoral and unlawful.

Saudi Coalition media and Mansoor Hadi exposed some details as well, which will be published once are confirmed.