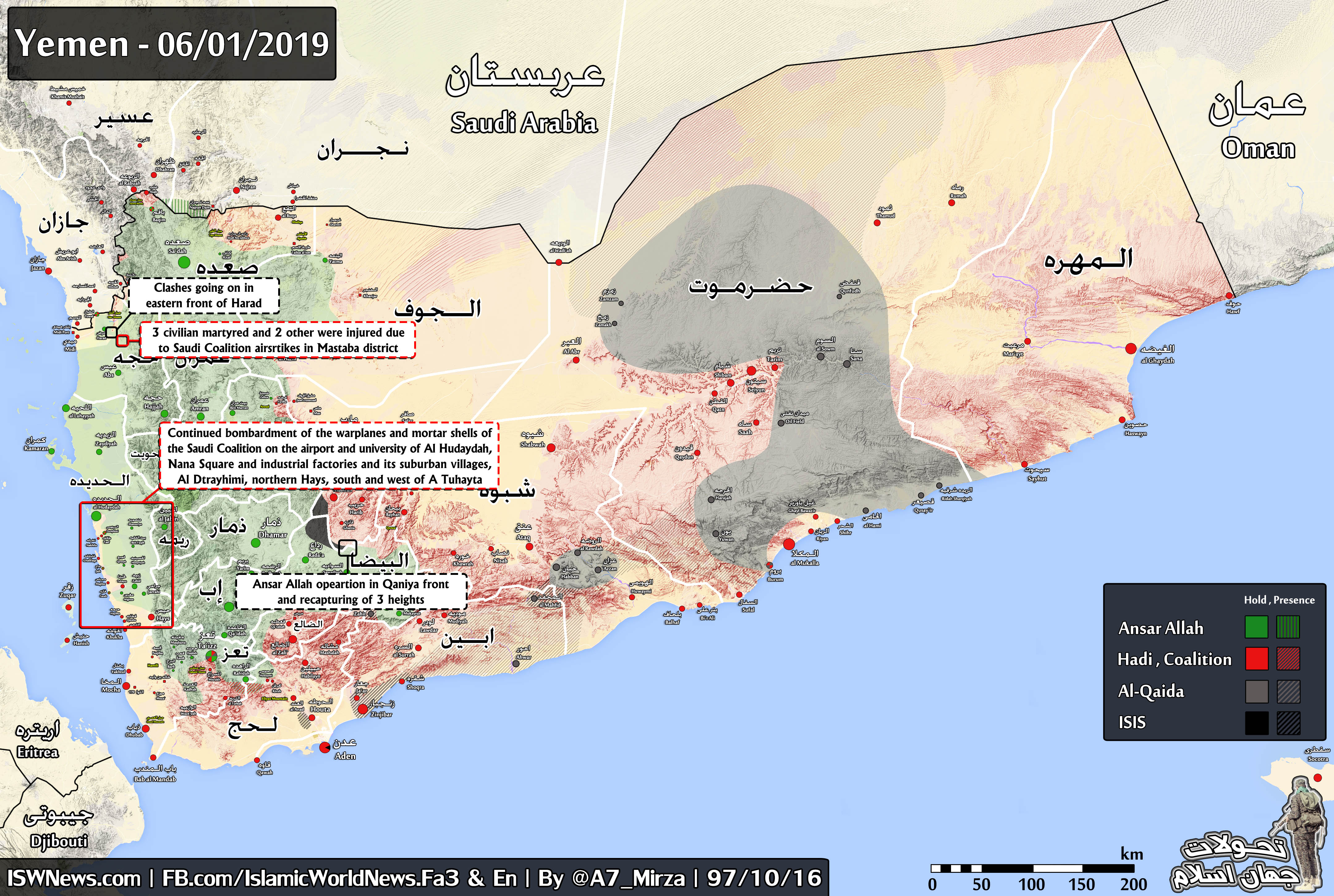 1- Hudaydah
Continued bombardment of the warplanes and mortar shells of the Saudi Coalition on the airport and university of Al Hudaydah, Nana Square and industrial factories and its suburban villages, Al Dtrayhimi, northern Hays, south and west of A Tuhayta

– Clashes in Zarqa and Beit Santil front in Masloub district.

– 3 civilian martyred and 2 other were wounded due to Saudi Coalition airstrikes on Mastaba’ district in north of Hajjah province.

There are 3 children among the martyrs and wounded.

– Repelling of the Coalition attacks by AnsarAllah and popular committees in northern Haradh after 9 hours of clashes and bombardments.