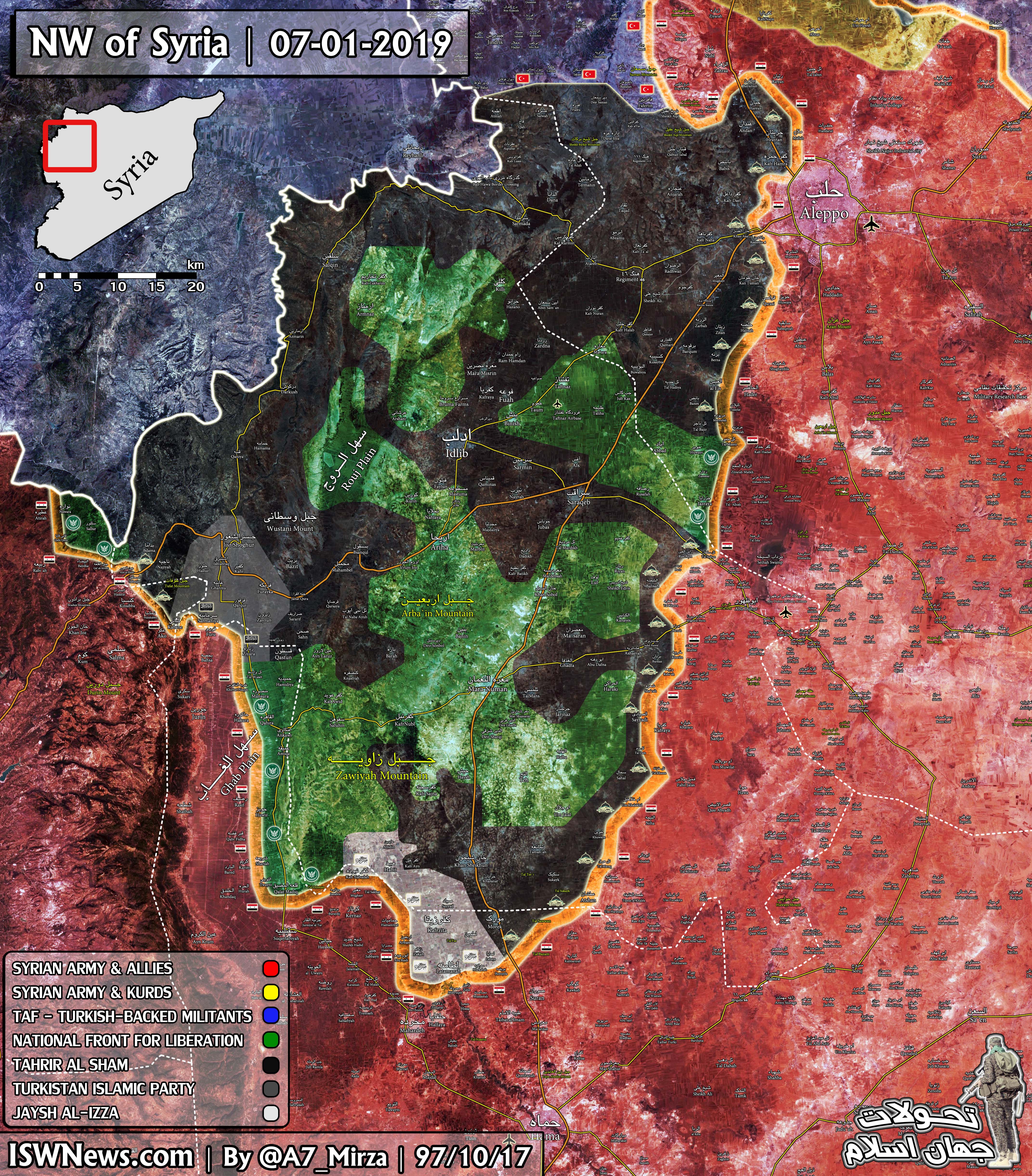 Hayat Tahrir Al Sham(formerly Al Nusrah Front,the Syrian branch of al-Qaeda) stated he does not intend to enter the areas under the control of the Turkish Army in the Afrin area.

On the other hand there are news that Hayat Tahrir Al Sham HTS amassed its troops to capture Maarat Al Nu’man and Ariha but no engagement has started yet.

Power and influence of Hayat Tahrir Al Sham HTS in northwest of Syria is increasing that some subgroups of National Front for Liberation NFL stated they will not confront HTS militants.
From the beginning of engagements on 1 January many of militant groups have either avoided confronting Tahrir Al Sham or joined it.

That is one of the reasons for Hayat Tahrir Al Sham rapid advances in western countryside of Aleppo.

On the map, the latest situation of militant groups in northwest Syria are shown;