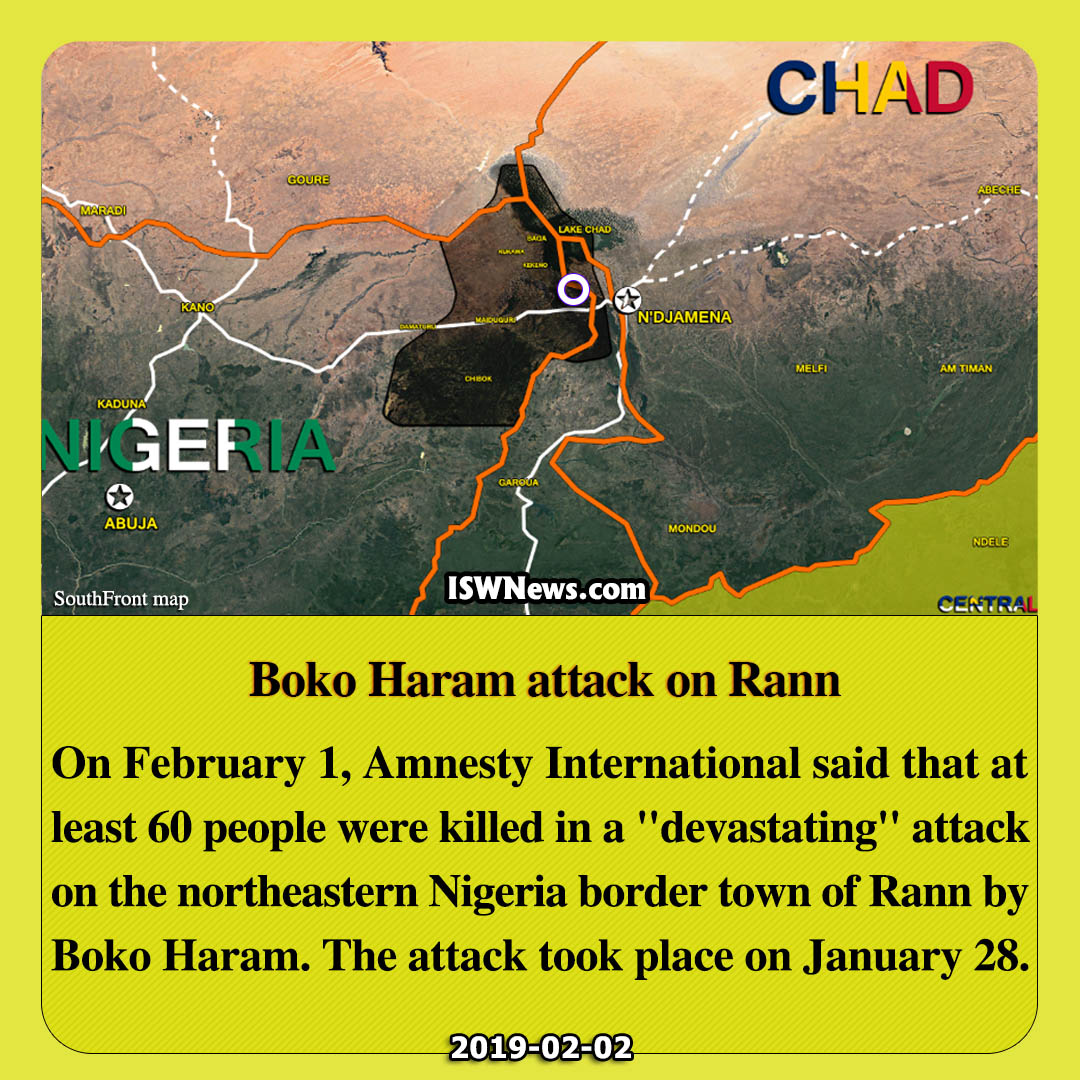 According to Amnesty International, at least 60 people were killed in a “devastating” attack on the northeastern Nigeria border town of Rann by Boko Haram. The attack took place on January 28.

“We have now confirmed that this week’s attack on Rann was the deadliest yet by Boko Haram, killing at least 60 people. Using satellite imagery we have also been able to confirm the mass burning of structures as Boko Haram unleashed a massive assault on Rann, most of which is now destroyed,” said Osai Ojigho, Director of Amnesty International Nigeria.