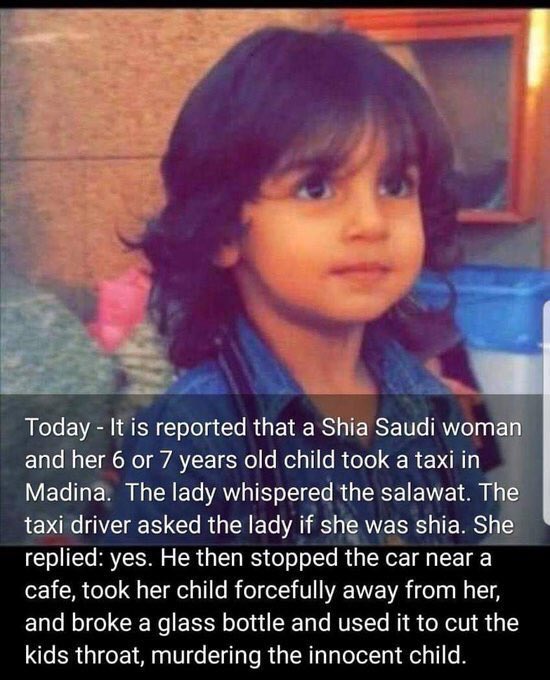 A-six-year-old boy was beheaded with a piece of broken glass in front of his screaming mum. Zakariya al-Jaber, was brutally killed in Saudi Arabia after he was confirmed to be a Shiite Muslim.

Zakariya was brutally murdered last week by a man – described in some reports as a Taxi driver –  in front of his screaming mother in the holy city of Medina. The killer repeatedly stabbed Zakariya in the neck with a piece of broken glass until he was beheaded, witness accounts of the gruesome killing said.

Saudi Arabia is the Wahhabi-dominated kingdom and Takfirism is the trademark of many terror outfits operating in the region. The concept is largely influenced by Wahhabism, the radical ideology dominating Saudi Arabia and freely preached by Saudi clerics.

Riyadh is widely believed to be a key sponsor of Takfiri terrorist groups.