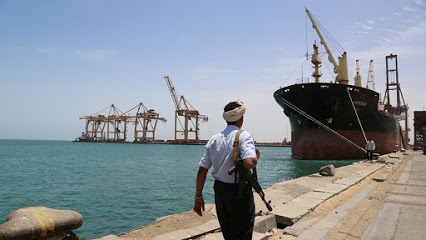 ISWNews Analysis Group: Mohammed Ali al-Houthi, President of the Supreme Revolutionary Committee of Yemen, announced in a tweet of the withdrawal of Ansar Allah forces unilaterally and voluntarily from the ports of Al Salif, Raas Issa and Hudaydah from Saturday morning.

The withdrawal of Ansar Allah from these ports is in accordance with the “Sweden Agreement” while the Saudi Coalition, refuses to comply with some terms of the agreement, such as lifting Yemen’s food and drug sanctions, importing fuel to Al Hudaydah ports, reopening Sanaa airport and withdrawing forces of the Coalition from the vicinity of the city of Al Hudaydah.

Mohammed Ali al-Houthi said in a tweet:
“The unilateral withdrawal by the army and the committees came as a result of the rejection of the American-British-Saudi-Emirati-American aggression and their allies to implement the agreement.
The withdrawal confirms that the reason for the obstruction of the implementation of the Stockholm Agreement is the states of aggression
The start of the withdrawal on 11/5 at 10 am confirms that aggression is the one that hinders peace and prolongs famine.”
Ha added:
“We hold the UN Security Council and the United Nations fully responsible for the continuation of the worst humanitarian crisis as a result of the siege and embargoes on Sana’a airport and the non-delivery of salaries and the deliberate starvation of Yemen.
We call on them to take action against the oppressive States of aggression
After the people and its leadership, army and committees proved their support for peace by unilaterally withdrawing from the ports.”