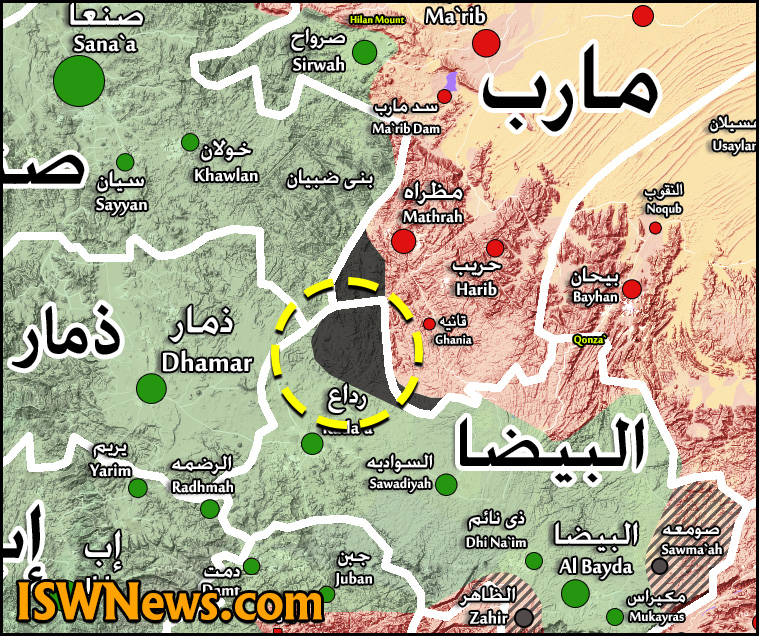 ISIS media released a statement and declared a conflict between its forces and Al Qaeda forces in Qifa area, Al Baydha province.

It was declared that the activities of ISIS terror group has been suppressed before, but continuing conflicts between ISIS and Al Qaeda in this region shows that ISIS has an active role in there.

Generally ISIS terrorists are present next to Al Qaeda terrorists in a limited region between the provinces Baydha, Marib and Zamar and on the other hand security operations of Ansar Allah is persistant against Al Qaeda and ISIS in the area.