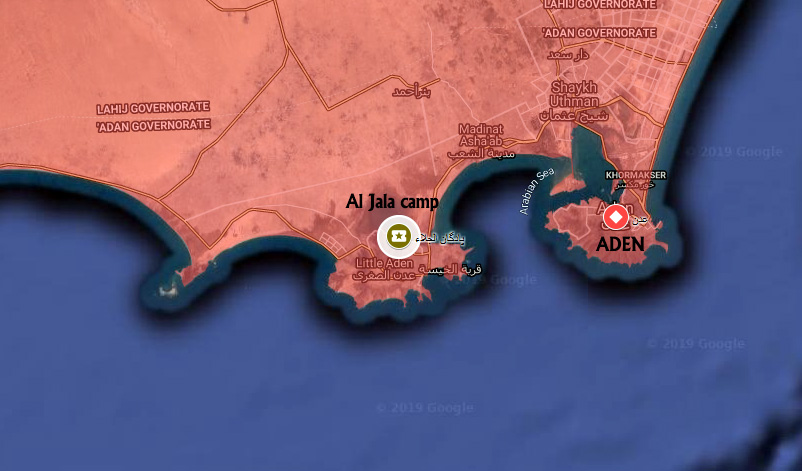 ISWNews Analysis Group: An hour ago, the Yemen Armed Forces targeted Al Jala military camp in the west of Aden city by a mid-range missile and one Qasef K2 loitering munition.

The spokesman of the Yemen Armed Forces stated that the joint operation have targeted a military parade of Saudi-led coalition forces and due to this attack several Saudi-led forces and commanders were killed and wounded.
He added that these forces was preparing to deploy in Al Dhale and Taiz fronts.

According to pro-coalition sources, during the recent Ansar Allah operation against the Saudi-led forces in the Al Jala military camp, so far, 32 coalition forces, including Brigadier General Munir Al-Yafei one of the most prominent leaders of the Hizam al Amni(Security belt forces, backed by UAE) have been killed in the attack. The casualties are rising.