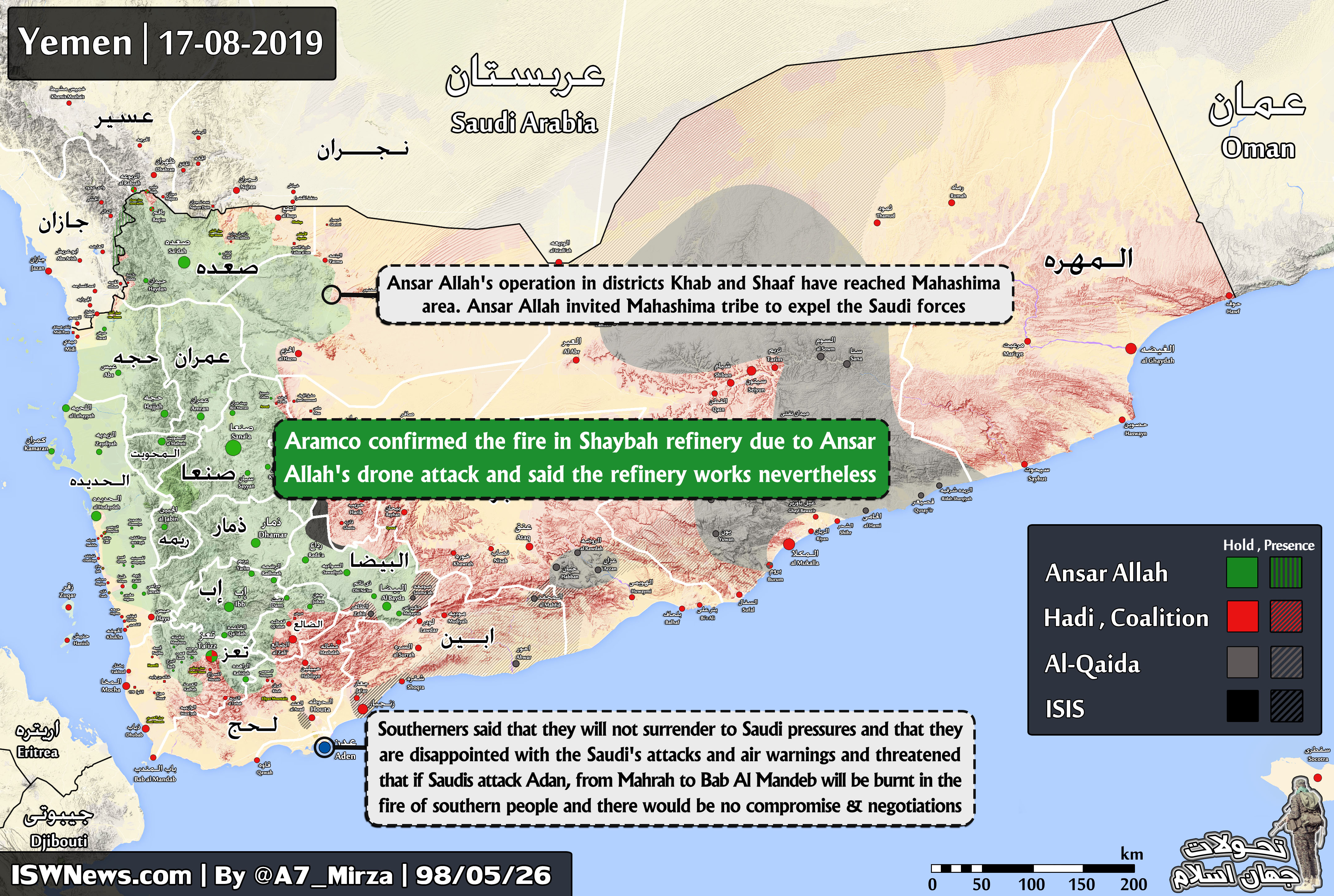 1. Aden:
– According to statement by Southern Transitional Council, none of their positions were given to Mansour Hadi Hadi’s forces.
Southerners said that they will not surrender to Saudi pressures and that they are disappointed with the Saudi’s attacks and air warnings and threatened that if Saudis attack Adan, from Mahrah to Bab Al Mandeb will be burnt in the fire of southern people and there would be no compromise & negotiations
– Aidarus al-Zoubaidi made a trip to United Arab Emirates.
– According to the local forces, Hani Ben Brik’s car was targeted by unknown gunmens and he remained unharmed.
– Hani Ben Brik also rejected the news regarding Southerners retreat from Aden.