Map: Harsh Response by the Syrian Army in Southern Idlib! 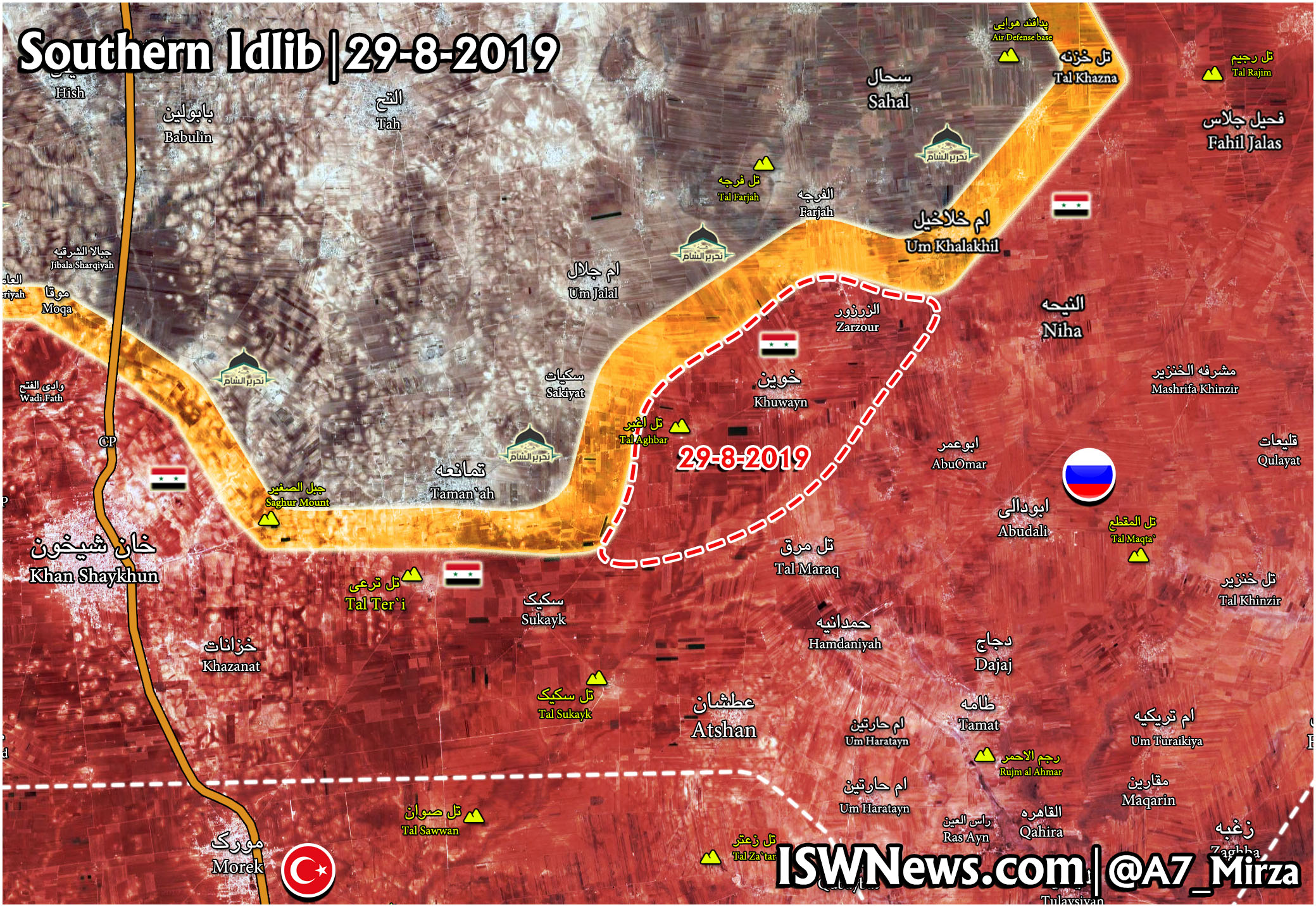 The interesting point is that these areas are the exact areas which terrorists used yesterday to attack on the Syrian Army positions in Abu Dali front and now is under SAA’s control.
This Syrian Army harsh response to the terrorists is a serious warning that if you attack, the Syrian army’s advances will continue at the same point, and even beyond to the depths of Idlib.