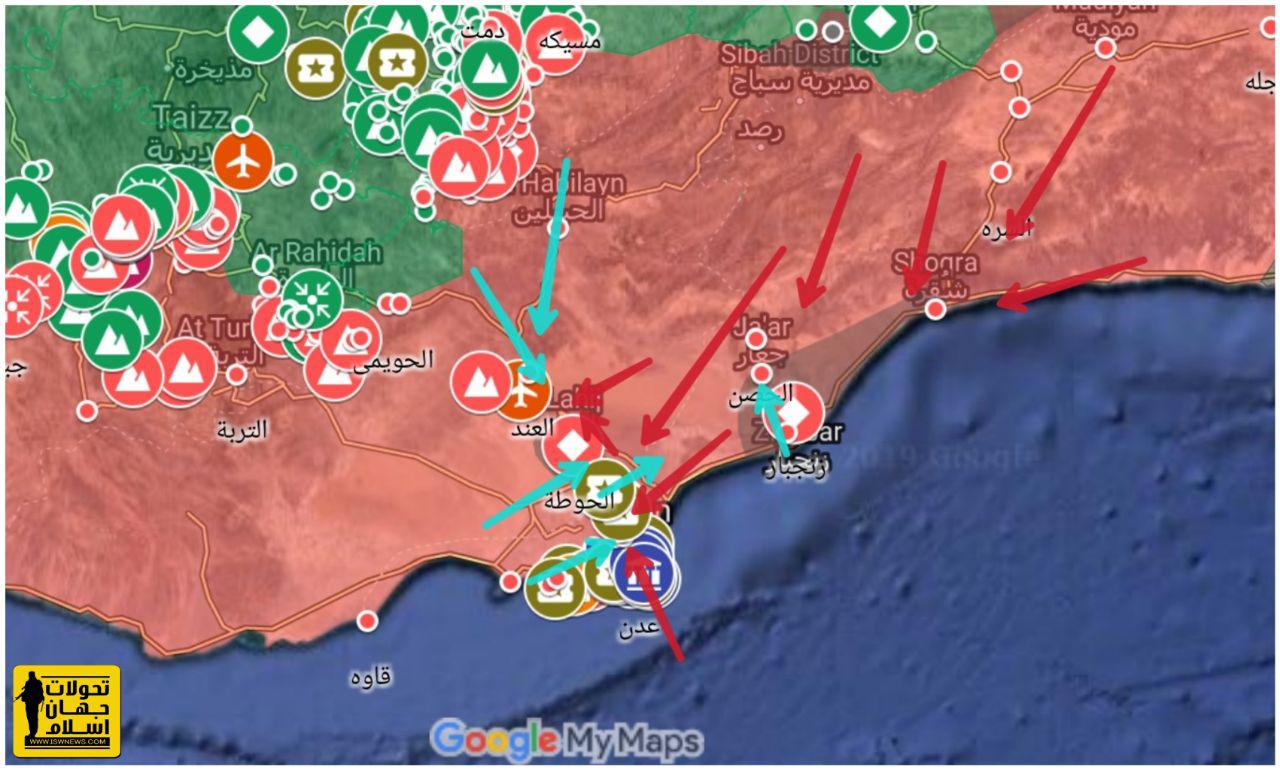 – Hani Bin Brek released a footage of himself present near Aden airport. Hadi’s forces reject it and call it an old video.

– Al Shobji battalions (from Southerners forces located in Dhale) retreated from their frontlines with Ansar Allah and returned to Aden.

– Summary of Mansour Hadi’s statement on airstrikes and UAE support for the southerners:
We strictly prohibit the receiving and continuing of any financial and military support from the UAE to the legal government (ie the resigned government of Mansour Hadi) and the Southern Transitional Council. We call on the wise leadership of the coalition (ie Saudi Arabia) to help the legal government and prevent these irregularities. We call on the Security Council and the international community to condemn the actions of the UAE.

– Pro-southern sources have reported the return of Eidros al-Zubaidi to Aden.

In the map, you can see either side’s attacking direction; Mansour Hadi is red and Southerners are blue.