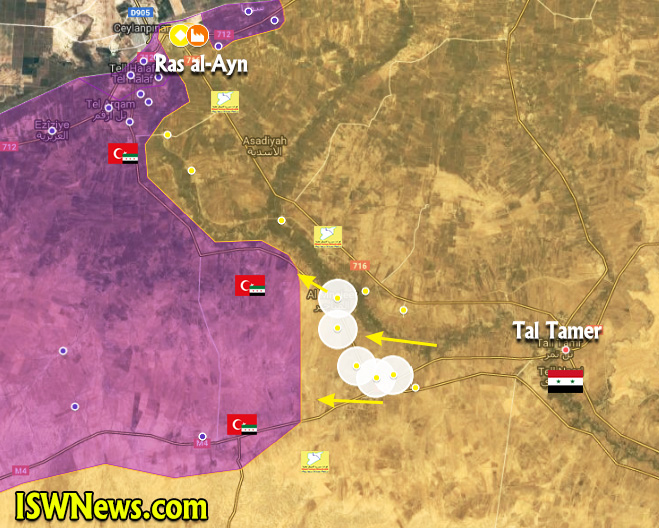 ISWNews Analysis Group: According to local sources, SDF forces with the support of the Syrian Army succeeded in liberating al-Manajeer and its surrounding villages from the Turkey-backed militants.