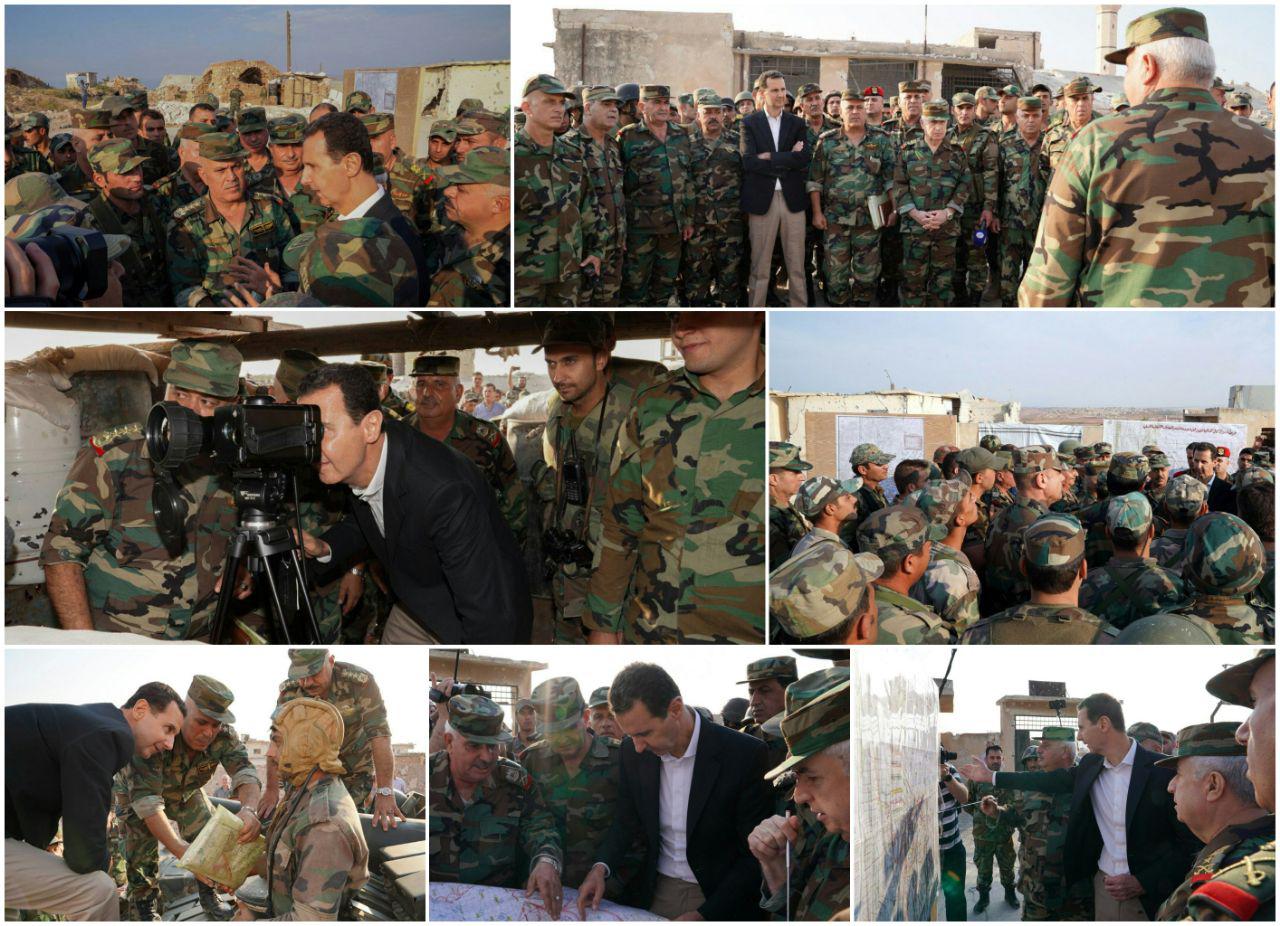 Bashar al-Assad said to Syrian troops:
– Erdogan is a thief… stole factories, wheat and oil… Today he steals the land.
– All areas in Syria are equally important, but what governs priorities is the military situation on the ground.
– For them, Idlib is an advanced base. The battle to the east and west is to disperse our army.
– We said and still say that the battle of Idlib is the basis for resolving chaos and terrorism in all areas of Syria.
– When we are subjected to aggression or theft we should stand together and coordinate among ourselves, but some of the Syrians did not do so, especially in the early years of the war. We told them not to rely on the outside, but on the Army, the people and the homeland. Now their bet(hope) has moved on the American.
– The first thing we did when the aggression started in the north was to communicate with the various political and military forces on the ground. We said we are ready to support any resistance group… It is not a political decision but a constitutional and national duty. If we don’t, we don’t deserve the homeland.