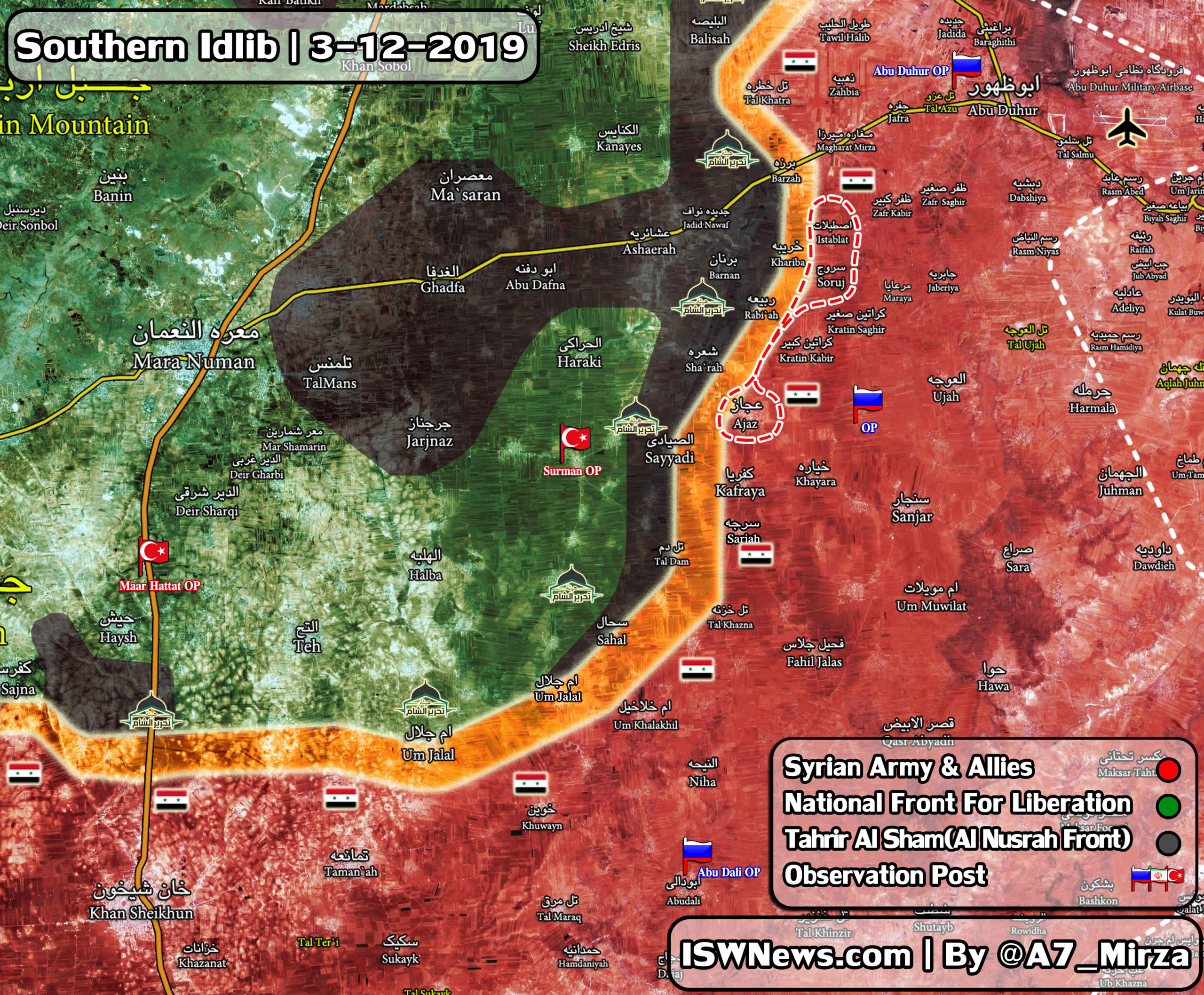 The aforementioned villages were captured by Tahrir al-Sham (HTS) terrorists and its allies after the Syrian Army forces withdrawal on November 30.
However, three days after the attacks, the Syrian Army once again gained the control of these villages.