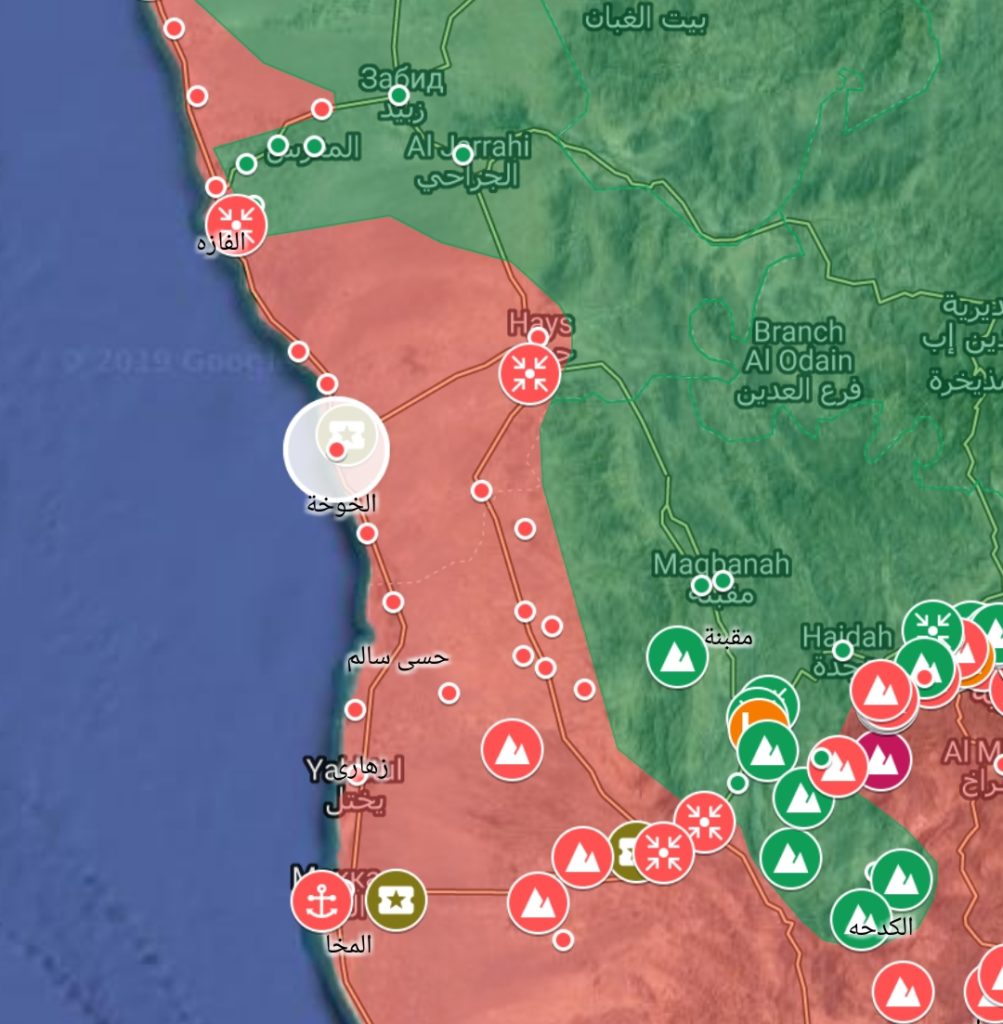 ISWNews Analysis Group: In the recent clashes between Tariq Saleh and Tihamah forces in al-Khokha, several forces of both sides killed and injured.

The engagement sparked by tearing a picture of Ali Abdullah Saleh by Tihamah forces in the anniversary of Saleh’s death and turned into a bloody fight in al-Khokha base.
Local sources report of constantly shooting sound and ambulances going back and forth in the town.

Tihamah forces are group of local opposition of AnsarAllah in western shore of Yemen and fight in coalition of Saudi Arabia and UAE against AnsarAllah.