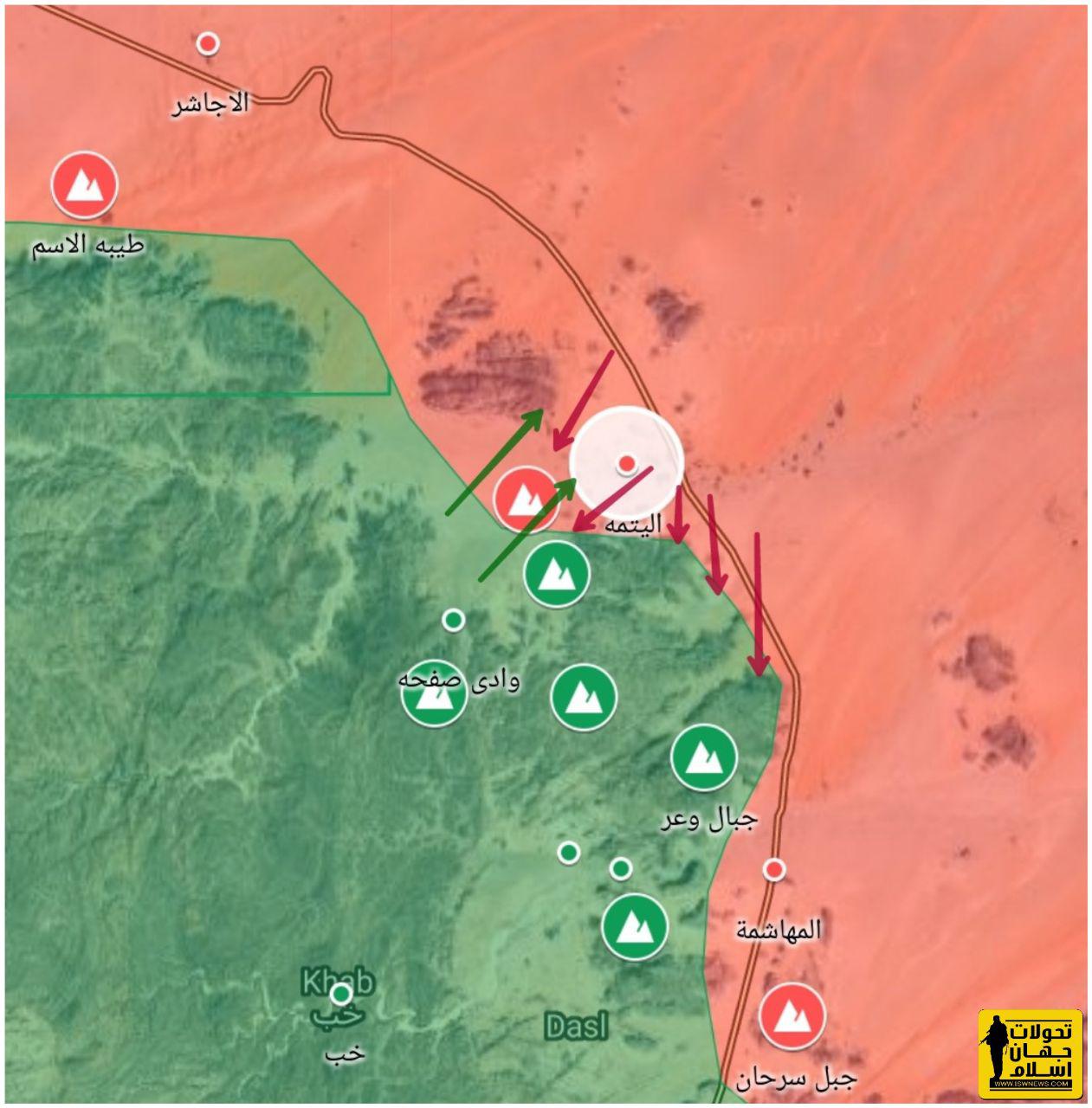 ISWNews Analysis Group: According to local sources, Ansar Allah forces after a period of guerilla warfare and hit and run attacks in heights of Khab and Shaaf districts could reclaim Wadi Salba and Sahla.

In the same sense, militants of “Zu Hussein” tribes in Yatmah district, after death of Sheikh Hassan Ayyash al-Atiyah al-Hazmi and some others by Mansour Hadi’s forces, attacked them.
Although Ansar Allah’s tactic in these areas are mainly hit and run, but if the situation continues, Mansour Hadi’s forces might be forced to retreat.
Ansar Allah’s domination over Yatmah means cutting the Boqa’-Hazm road in another point of the road that weakens Saudi coalition positions in Mahashima and Sarhan mountain.