What does Erdogan want from Kais Saied? 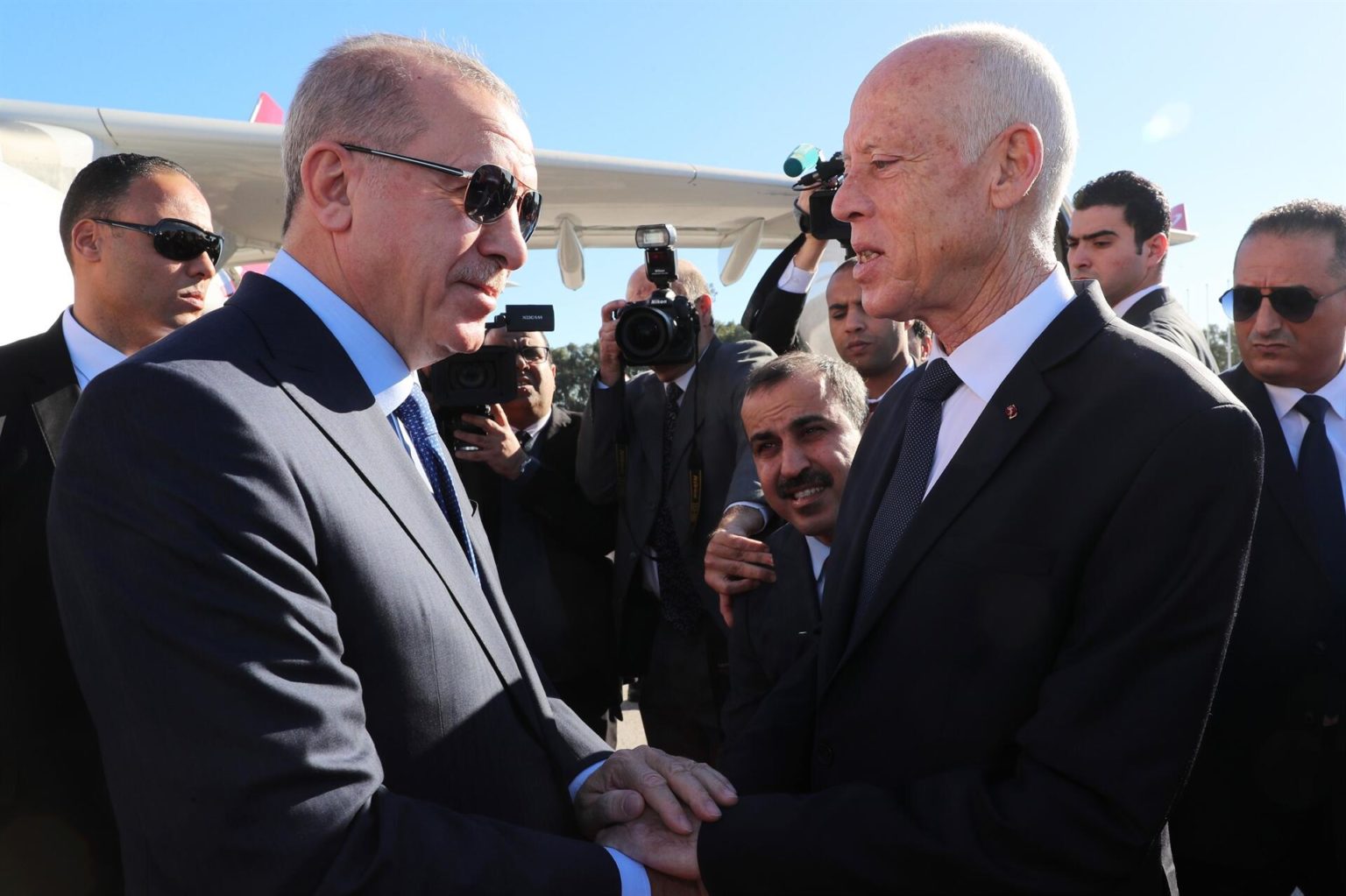 Erdogan said:
– Turkey works with Fayez al-Sarraj who is accepted by international community. But Haftar does not have such a place in the world and we don’t let our brothers under pressure in Libya.

– The issues of Libya are not limited to this country and will affect the neighboring countries such as Tunisia.

– Turkish goal in Libya is to establish ceasefire and start of political process and we believe Tunisia has a key role in stability of Libya.

– There are almost five thousand Sudanese and two thousand Russian soldiers under the title “Wagner” in Libya, why are they there?
We never been unwanted and if we are invited officially, we examine it.

– The recent agreements with Libya were passed in our parliament which is representative of the nation and the government will take the next steps.