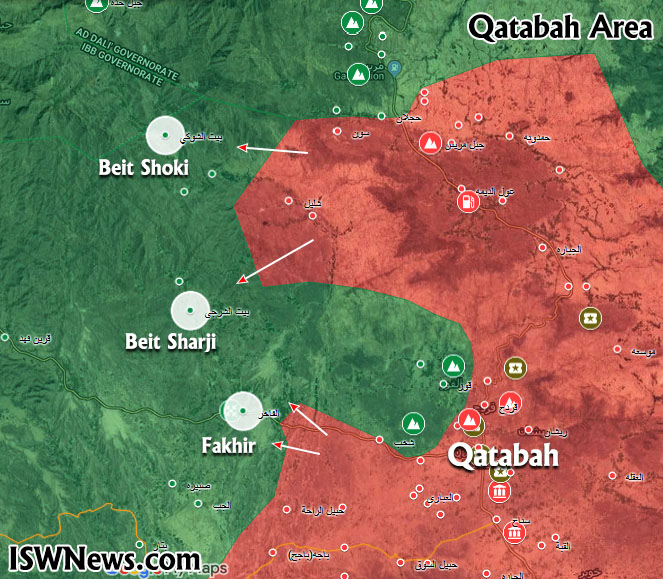 Southern forces with support of Saudi coalition and Mansour Hadi could launch some attacks in northern axis of Fakhir and east of Beit Sharji in recent days against Ansar Allah and claim to occupy 14 areas including Habil al-Abdi, Beit Sharji-Fakhir triangle until Hasahis base in outskirts of Beit Shoki.

Our investigation shows that their attack resulted in advances until east of Beit Sharji but Fakhir to Beit Sharji strip is still under Ansar Allah’s control and their claim to occupy triangle and Habil al-Abdi is not true.
Southerners attack to Habil al-Abdi was stopped after their commander AbdulSalam Ashab was killed.

AbdulSalam Ashab was commander of southerners in Hamak and Fakhir fronts and was killed in engagements in outskirts of Habil al-Abdi by Ansar Allah.