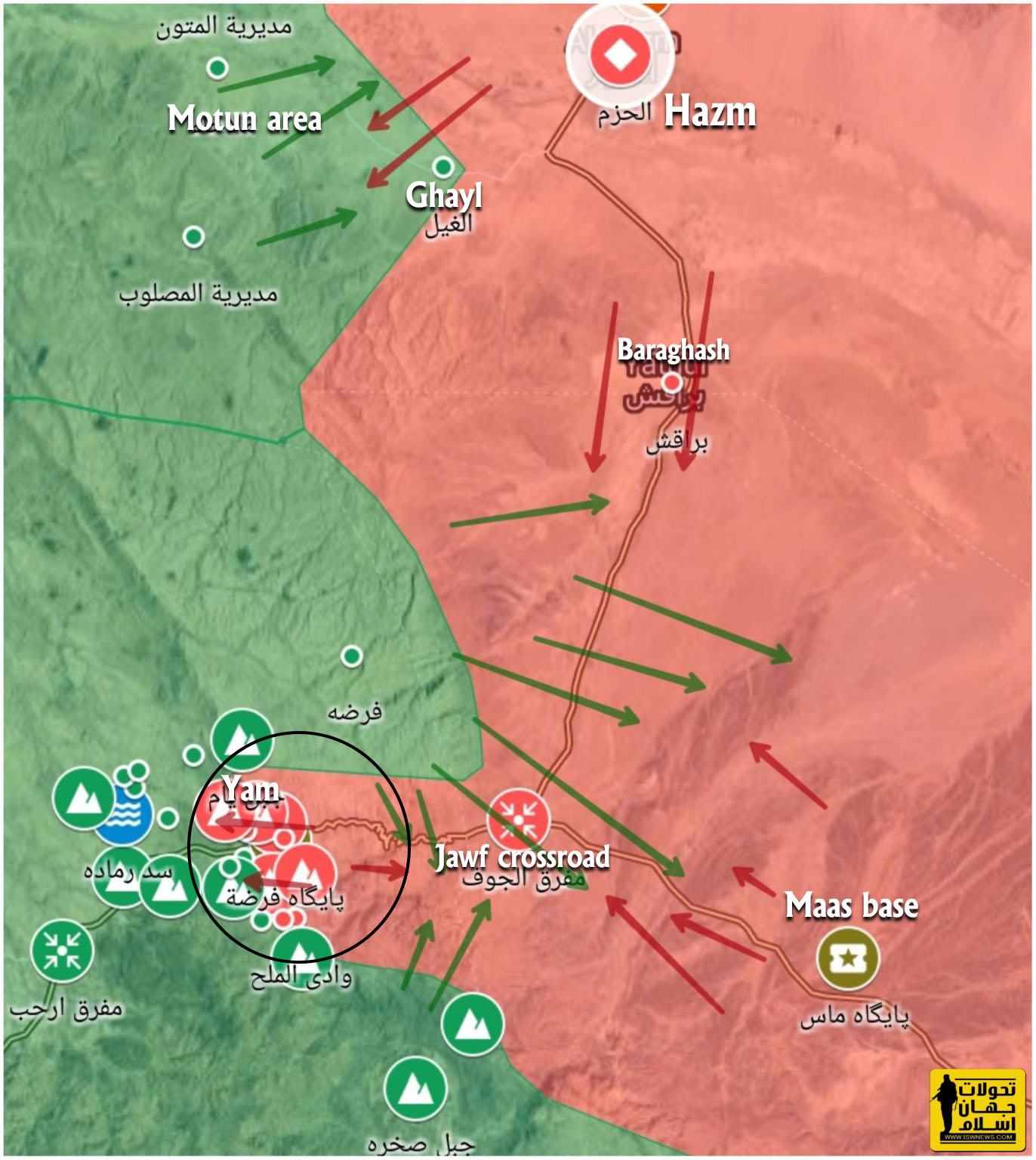 ISWNews Analysis Group: According to latest information, today’s clashes in the eastern regions of Sanaa province, have continued and Ansar Allah has been successful in completing the blockading of Saudi coalition forces in the Nihm front.

1. The axis of al-Motun:
In this axis, the classes are continuing in the al-Ghayl area and today the Saudi coalition attack toward al-Motun for the second time was defeated by Ansar Allah and popular committees.

2. The axis of Nihm:
In this front Ansar Allah have attacked to Jawf crossroad again and advanced in the al-Jadaan (the eastern vicinity of Maas base) and Salb (south of Jawf crossroad) after controlling the al-Sahari and the villages in the eastern of heights of Yam.
Therefore, the Saudi coalition forces have been surrounded in the Nihm front and if this blockade will continue, we will see another heavy failure for Saudi coalition in Yemen like what we saw in Kitaf front.