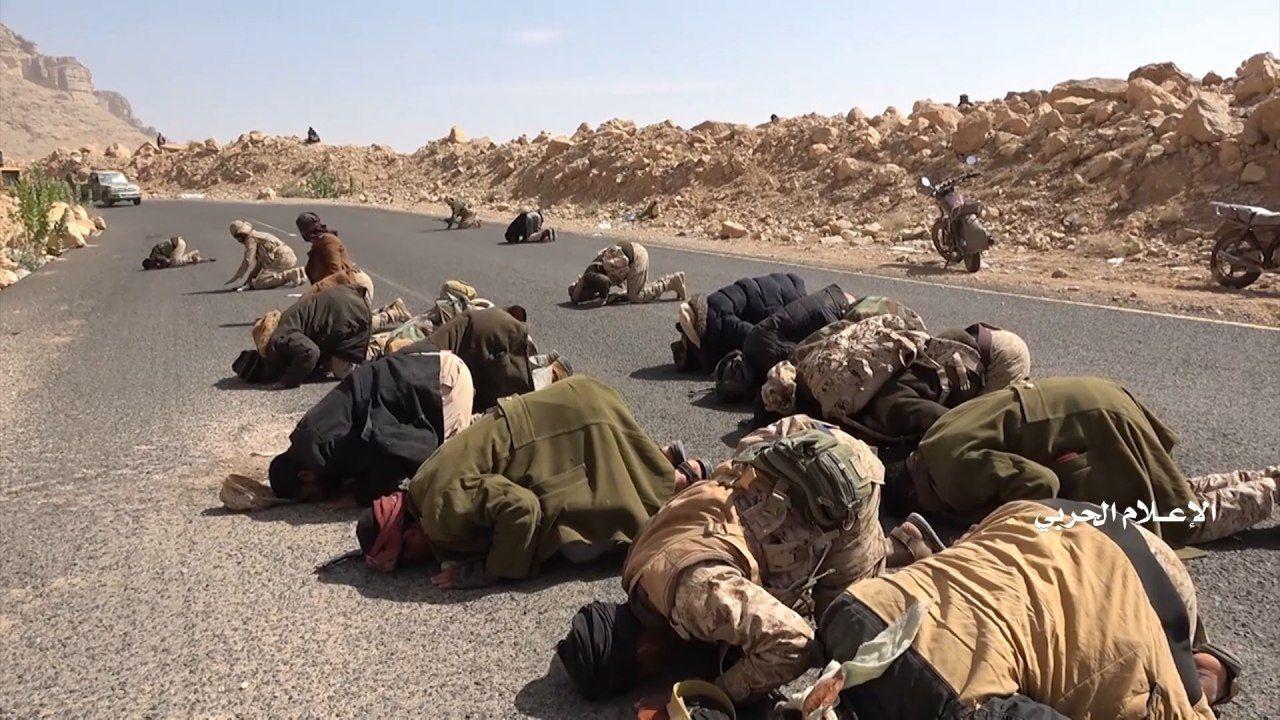 ISWNews Analysis Group: Brigadier General Yahya Sari, the spokesman of Yemeni armed forces explained the details of the recent operation of Ansar Allah in the region of Nihm, during a conference.

Brigadier Gen. Yahya Sari said:
– This operation was in response to the enemy’s invasion in the region of Nihm and the enemy forced us to response.
– The main goal of the operation of Bonyan Al Marsus was confronting with the attack of enemy, securing the region and preventing the enemy from reaching to the capital.
– According to our observation, enemy forces were preparing for this operation from months ago.
– Enemy forces in the region were including 17 brigades and several battalion with full equipment.
– The responsibility of beginning these clashes is with the enemy governments.
– Our operation was done in the strategic and complex heights and regions and after successful repelling of the attacks of invaders, our forces started offensive operation.
– During the first three days of the operation our forces cleared a large part of the region. Our attack was done from the four main directions of the region, and in each direction the enemy forces were been separated.
– Our forces (under command of leadership) opened the blockade in one direction for escaping the enemies.
– Our forces put pressure on all of the sites and bases of enemy, to force them to surrender.
– The missile defense unit were participating in the Operation of Bonyan Al Marsus.
– The Fater systems had an important role in repulsing the warplanes of enemy and preventing from their attacks.
– Our air defenses performed 25 defensive operations and repulsing the enemy warplanes.
– Based on the command of leadership, in response to enemy air strikes, missile and drone forces targeted the airports and bases of enemy.
– Missile and air strikes was done against the Najran and Jizan airports and the Khamis Mashit base.The first operation from missile and drone blows was an alert to the enemy.
– In response to continuation of enemy air strikes, the economic goals of the Aramco company was targeted, too.
– The main role of the air defense, missile and drone forces was in the strategy of deterrence.
– More than 41 drone operations against interior and exterior targets were done in the days 25th to 30th of January.
– Also, during this period the missile force did 21 operations against interior and exterior targets.
– The sum of missile and drone operations against the Abha, Jizan and Najran airports were 26 operations.
– Also, were done 26 operations against Khamis Mushait base, Aramco and other sensitive targets in the depth of Saudi Arabia.
– Ensuring the complete security of the Nihm region was the most important achievement of the recent operation.
– Our forces have reached Jawf crossroad and have advanced in the Jawf province, and have been supported by people in the same regions. Popular forces and tribes have significant role in releasing these regions.
– Our forces have started another offensive operation for liberating the regions in Marib and Jawf provinces.
– The area of the liberated regions in Marib and Jawf provinces are about 2500 square kilometers.
– The district of Al Hazm that is center of Jawf province, has been turned to a conflict zone.
– Also, some regions of the districts of Al Ghayl in Jawf and Madghal in Marib, have been turned to conflict zone.
– During this operation, more than 3500 persons of enemy forces have been killed, wounded or captive that corpse of more than 1500 killed persons have still remained in the region of operation.
– According to the latest information, the number of wounded were 1830 persons and hundred people have been captive.
– Due to the high number of killed persons, the leadership has formed committees for curing and humanitarian affairs.