Report on fourteenth day of the Operation Olive Branch; 2 February 2018 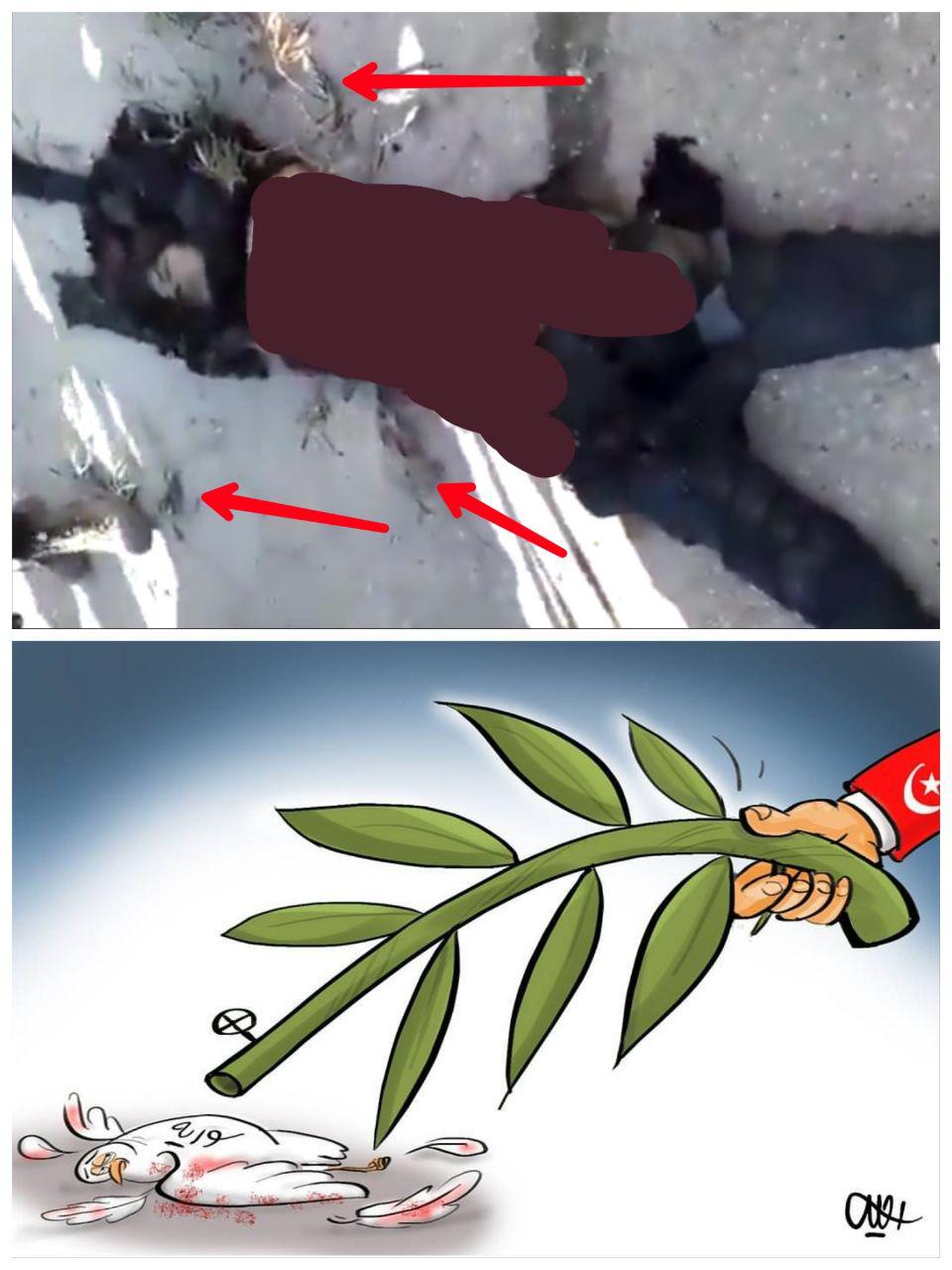 Three “olive branches” present to a girl from Afrin; another anti-Islamic anti-humane by militia supported by Turkey in Afrin.

So-called “Jihadi” militia in alliance with Turkey’s operation yesterday release a video which shows they have not forgotten their “Jihadi” behaviors. They undress a Kurdish girl, cut her breasts and there are several wounds around her vagina. The funny thing is the presence of three olive branches around her body. In the video members of the FSA are taking selfies with her body.

From last night there is a heavy attack to occupy Rajo, Rajo is under heaviest artillery and air attacks right now. There is still no report from advances in Rajo.

Turkish Army claims to destroy a complete group of PKK terrorists when bombing a Kafr Kar(Tal Atrash) height near Rajo.

Kurdish forces by releasing these images claim to kill some of the FSA militia by destroying two of their vehicles in Rajo.

Last night Kurdish troops counterattack FSA and Turkish Armies’ positions heavily in Korney and Shengal and claim to cause some casualties in Turkish and FSA troops. Today FSA claims to occupy mount Darmik in northern axis.

Turkey claims again that Kurds attack border city of Kilis by mortars, six attacks and 11 deaths. This is while yesterday Redur Khalil the spokesperson of YPG claims that their troops never attacked any border city in Turkey.

Last night a big explosion is heard in Cankaya Revenue office in Ankara. The initial news attribute it to natural gas leak. Ankara governor however in a few hours suggest that there is a high chance of sabotage.

In an operation by anti-terror forces of Diyarbakir four members of PKK from who two are high ranks are killed.