Video: When Erdogan opens his TOW depots to terrorists! 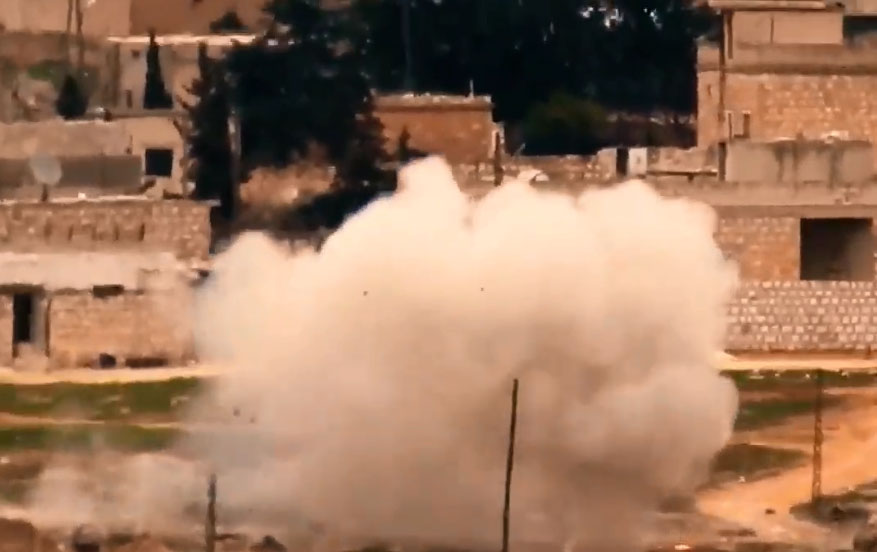 In this video, NFL militants targeting the gathering of Syrian army forces in the village of Dadikh in north of Khan al-Sobol by anti armor missile and several forces lost their lives as it’s clear in the footage.

While gathering of forces in the frontline of a war zone! in this shape is completely unprofessional, unnecessary and fatal mistake but important point is that Erdogan and Turkish army have opened the door of anti armor missile depots to terrorists in the northwest of Syria in the way that various terrorist groups use these missiles for targeting the infantry with no concern.
This issue has been in the past years too but in the recent year has been intensified; yes this is the Turkey that is a member of NATO and claims fighting with terrorists but in fact helps terrorists to hit foot soldiers with anti tank missiles!