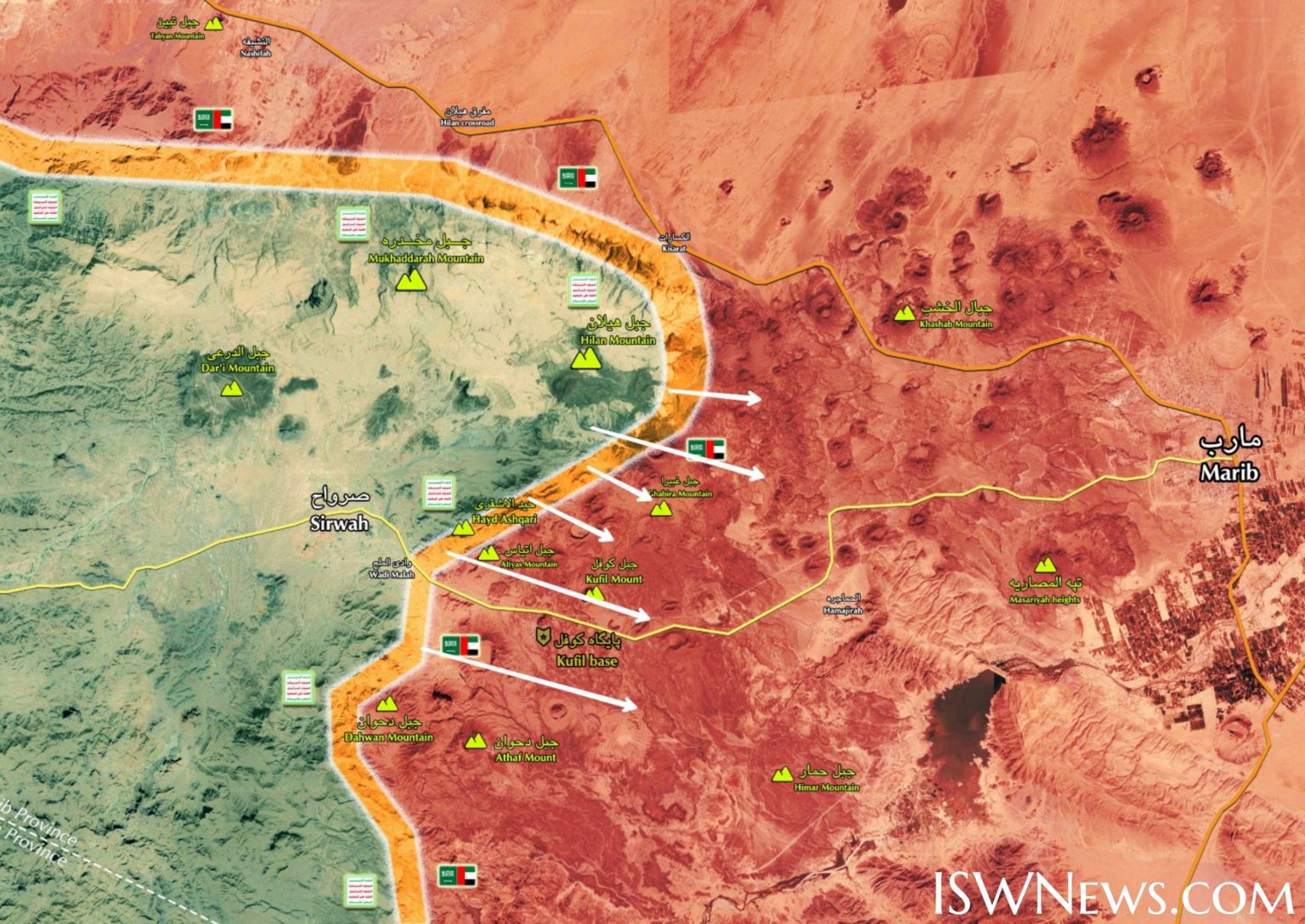 ISWNews Analysis Group: Following AnsarAllah’s clashes with Saudi-led coalition forces in the west of Marib, AnsarAllah has succeeded in advancing on the eastern front of Sirwah.

According to our field sources, Ansar Allah’s attacks have pushed Saudi-led coalition forces away from Atias mountain, Kufil base, Kufil mountain and Ghabira mountain, and clashes continue near Talaat al-Hamra.

As we mentioned in previous news, heavy bombardment of coalition warplanes on the west of Marib fronts was because of these advances and this morning coalition forces have carried out heavy attacks to recapture these areas.
Currently, these advances are not yet stabilized and if the advances are consolidated, the changes will be announced by map.

Also sporadic clashes were reported in Mashjah and Mukhaddara area.