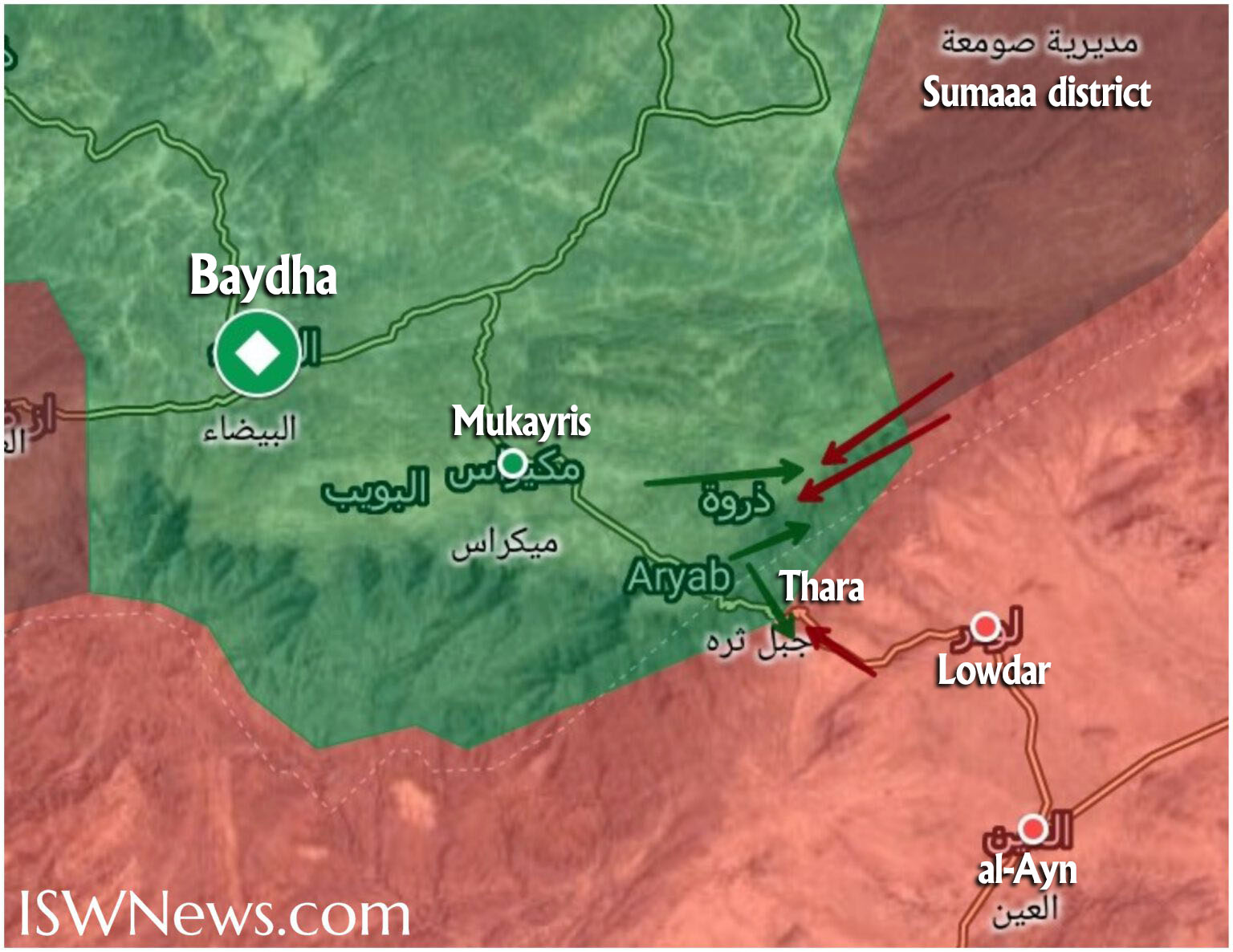 2. Al Baydhaa:
The Aqba Tharah area is under the control of Ansar Allah, and the Saudi coalition forces attack in this axis, was failed.
In general, Mukayris is located higher than the Lowdar and controlling the Tharah heights determines the upper hand in the region.

3. Al Hudaydah:
During past 24 hours, Saudi coalition forces have violated the ceasefire 67 times.

4. Marib:
The advancing of Saudi coalition forces toward the Jawf crossroad isn’t true and the conflict line is located in the al-Jufrah area.