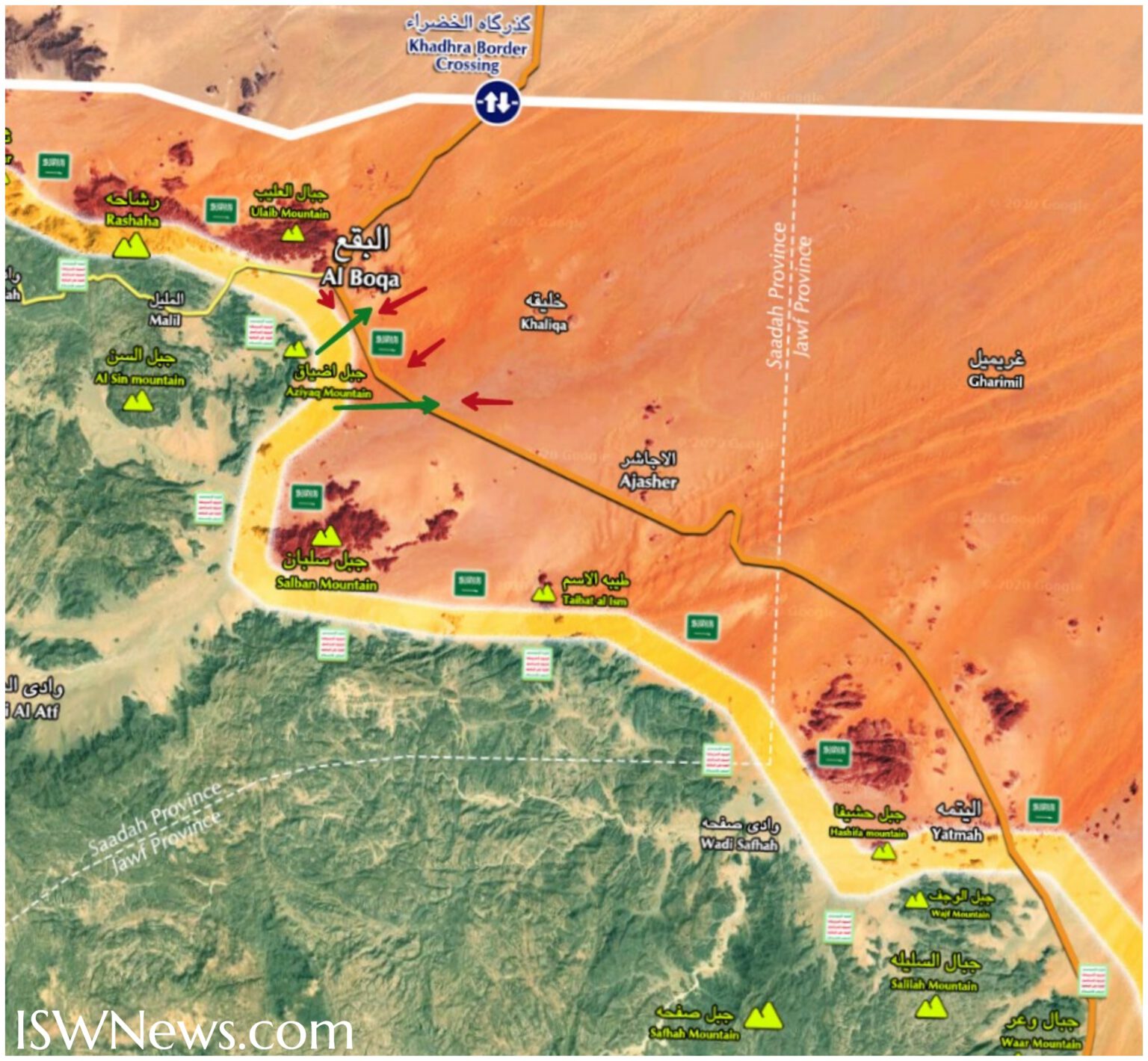 In this attack several AFVs and military vehicles were destroyed and several Saudi-led forces killed and injured. Ansar Allah forces returned to their position in Aziyaq mountain after the successful attack.

Currently liberation of Yatmah and al-Boqa is not difficult for Ansar Allah but it seems Ansar Allah left the area of north of al-Jawf and Saadah open to drain Saudi coalition strength and impose heavy casualties and damage to them.