Map: Investigating the Ansar Allah Advances in the Past 3 months 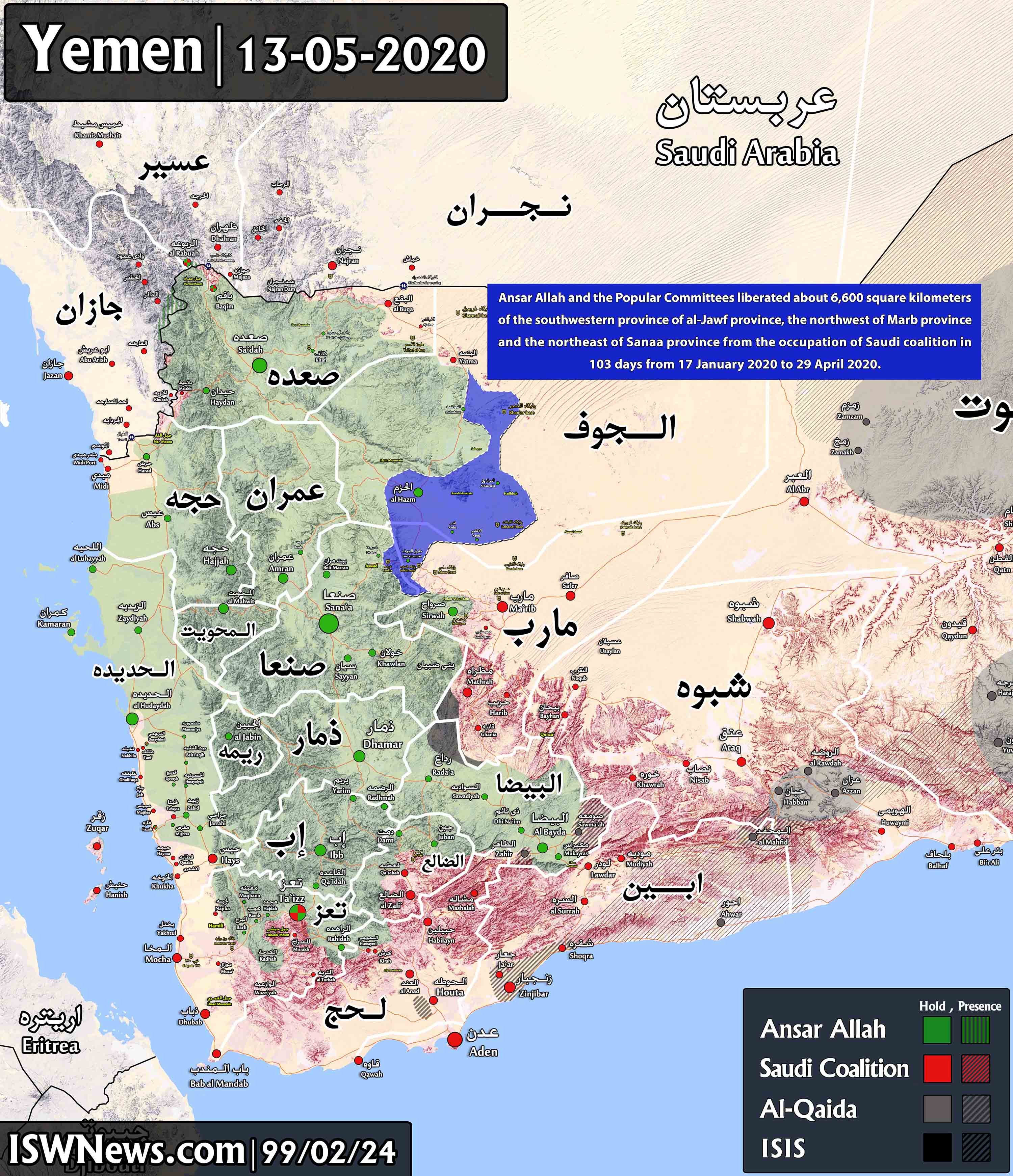 Ansar Allah and the Popular Committees liberated about 6,600 square kilometers of the southwest of al-Jawf province, the northwest of Marib province and the northeast of Sanaa province from the occupation of Saudi coalition in 103 days from 17 January 2020 to 29 April 2020.

On January 17, 2020, Saudi-led coalition forces launched a new operation to advance on the Nihm Axis in northeast of Sanaa province and take full control of the area. The Nihm area in the northeastern part of Sanaa is considered a gateway to Sanaa city, and the Saudi coalition has not been able to achieve much success in recent years in this front, despite various attacks and operations and all the attacks on the Nihm front were repulsed and stopped by Ansar Allah and the Populaer Committees.
But this time, Ansar Allah not only repelled the attacks, but also pursued and punished the coalition forces up to thousands of square kilometers!

Thus, after the repulse of the coalition’s extensive and heavy operations on the Nihm axis, a series of operations were launched by Ansar Allah on various fronts in al-Jawf, Sanaa and Marib, which each of them was complemented each other.