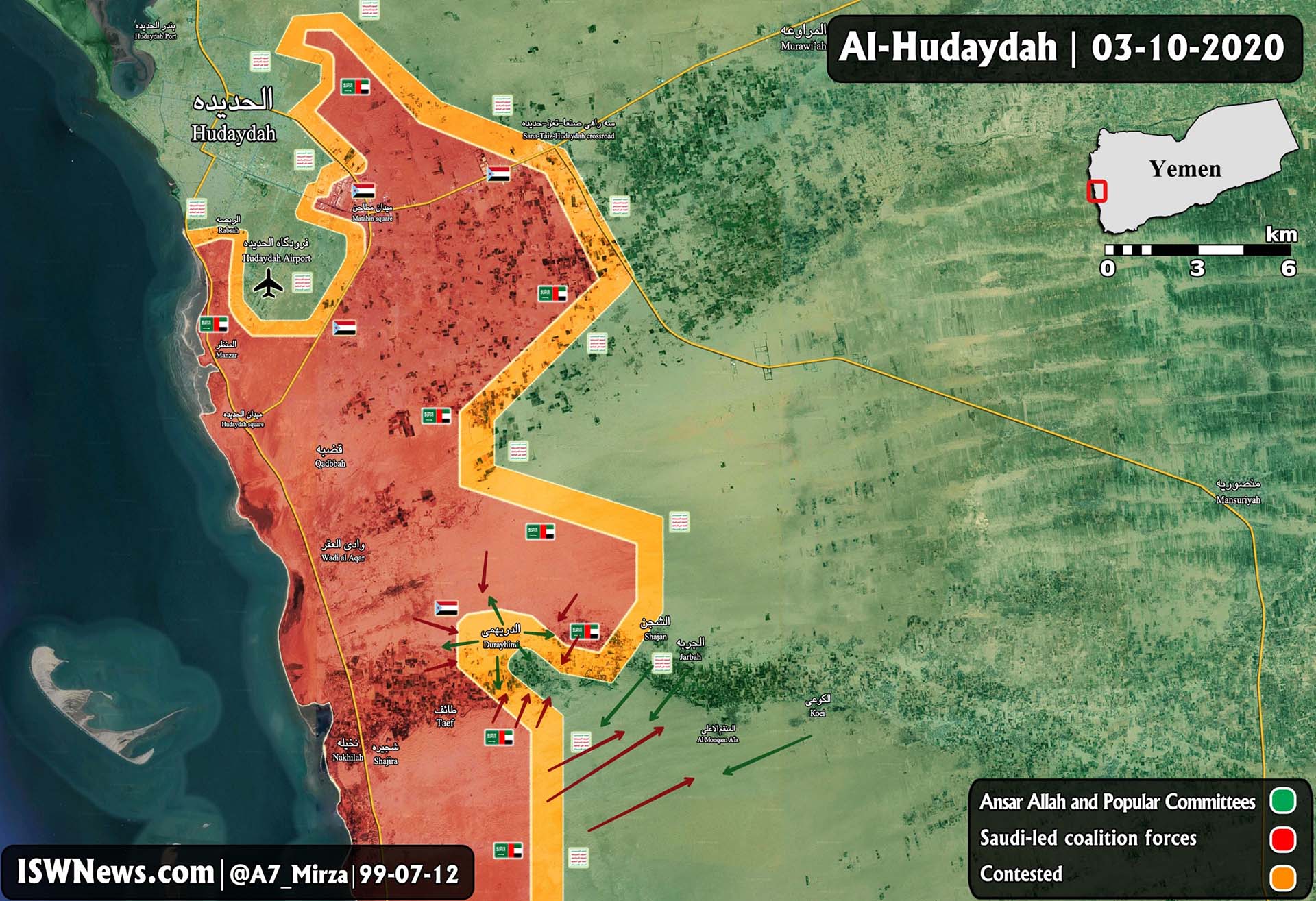 According to latest updates on Al Hudaydah front, Saudi-led coalition forces under command of presidential guards led by Tariq Saleh(Ali Abdullah Saleh nephew) launched an operation three days ago against Ansar Allah positions in the besieged town which was fruitless due to Ansar Allah and popular committees defense.

According to Saudi-led coalition sources, in this operation more than 30 of Tariq Saleh forces killed and 70 injured. 16 AFVs and vehicles of Saudi coalition were destroyed by Ansar Allah too.

As mentioned in previous analyses, forces led by Tariq Saleh started their serious activities against Ansar Allah. Considering the situation in Marib and possibility of abolition of Sweden agreement regarding Al Hudaydah by Hadi government, it is possible Ansar Allah operation for recapturing south of Al Hudaydah and west coast.