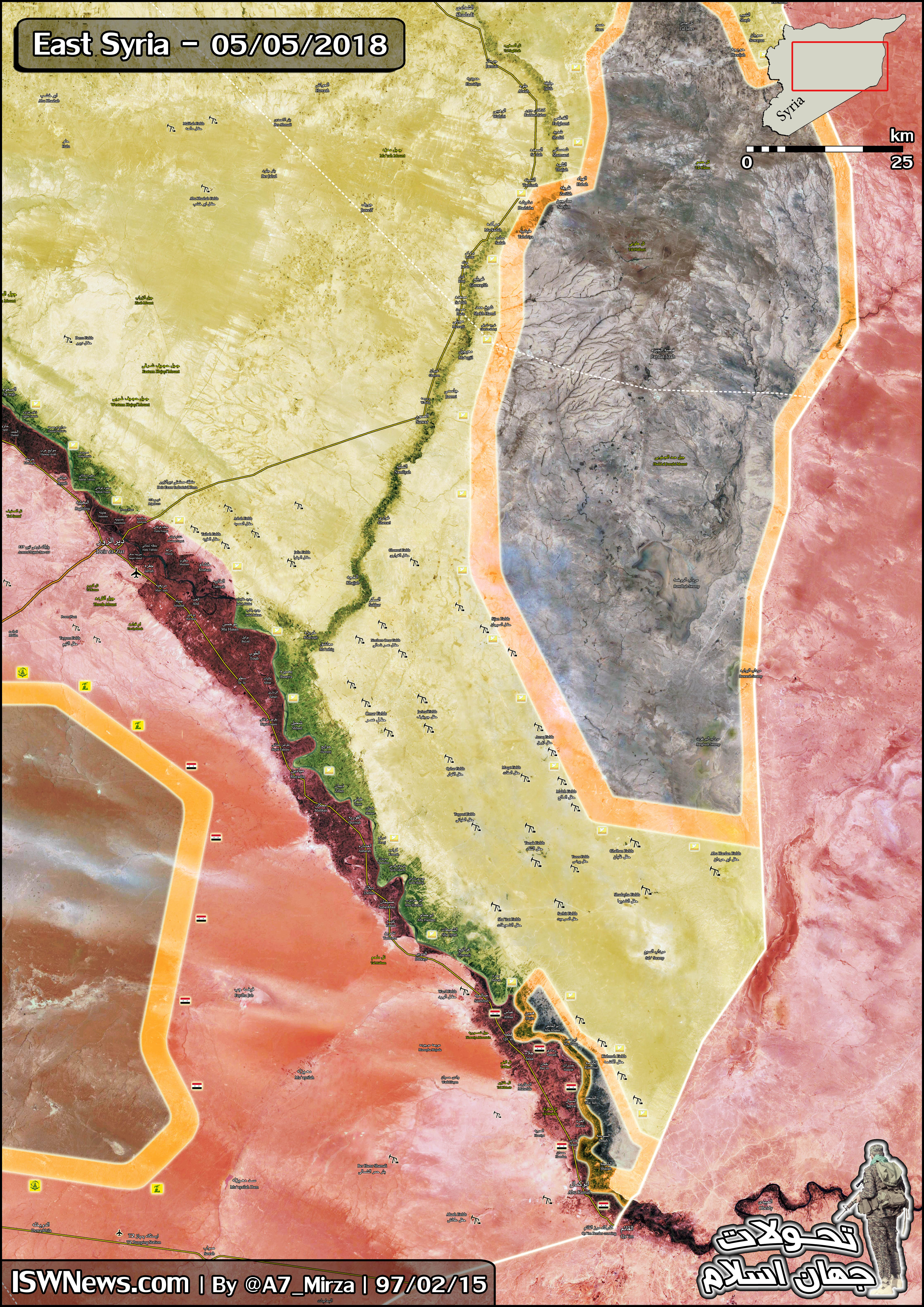 On May 1, after the official announcement of the new operation against the remaining of ISIS terrorists in the northern part of the Euphrates River in eastern Syria by the Syrian Democratic Forces SDF, the heavy bombing of ISIS positions by the US coalition continues.

In recent days, the United States in addition to its jet fighters, uses the destroyers based in the Mediterranean sea to pound ISIS positions in the province of Deir Ezzor and south of Hassakah with cruise missiles.

At the moment, the operation focus is on bombing around the village of Hajin, but ground progress has not been made.

With the intensification of clashes in this area, a number of residents of Hajin succeeded in leaving the area to the village of Bahrah.

Also, yesterday a minor advances took place in the south of Hassakah province, and al-Doho, al-Hassu and Hassoun al-Bashā area captured by SDF.