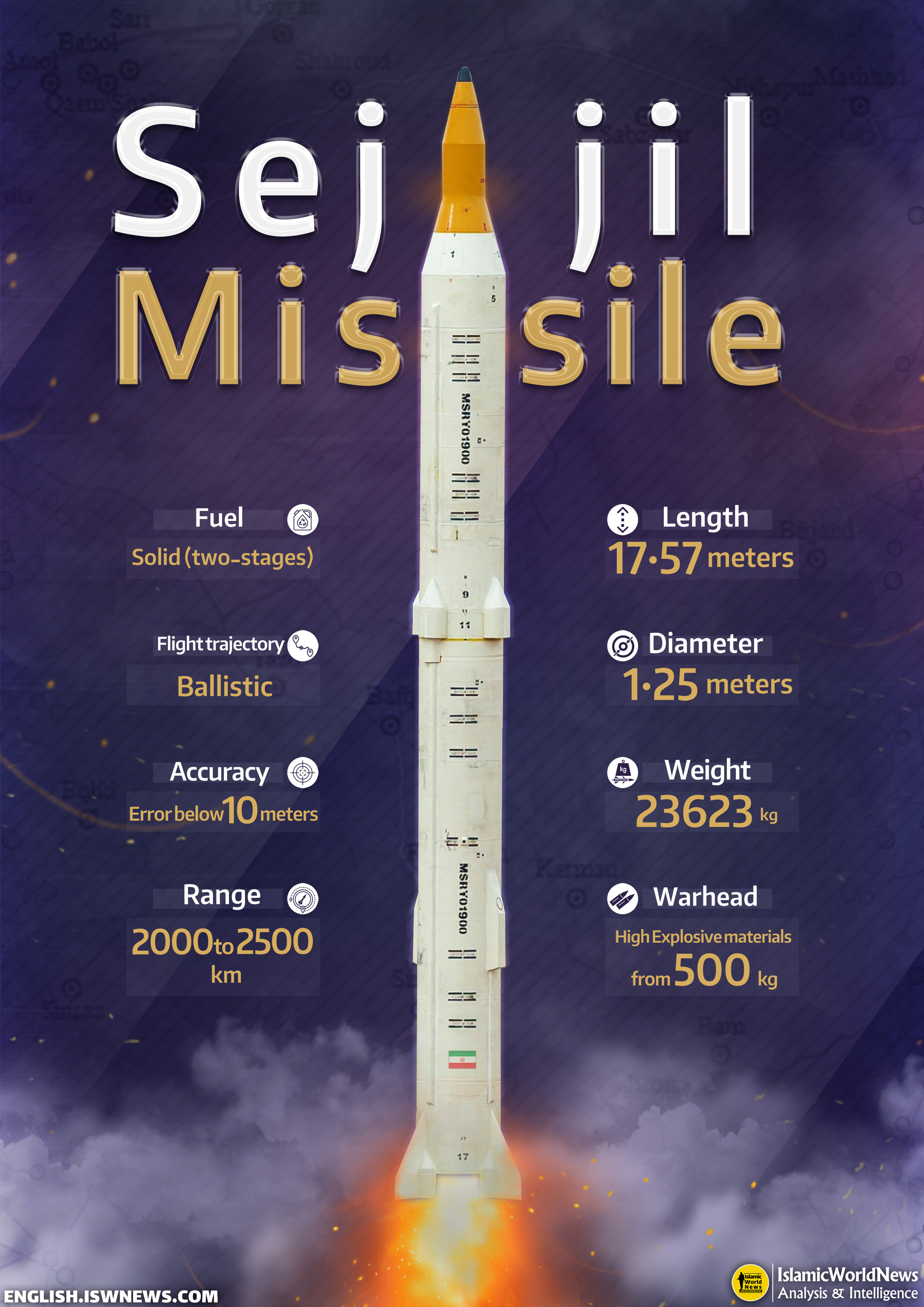 Sejjil missile is the first surface-to-surface two-stage solid-fueled medium range ballistic missile of Iran which was designed and built by the Iran’s Aerospace Industries Organization.

This Sejjil mid-range ballistic missile has an operational range of 2000 – 2500 km and has a great accuracy in hitting its target. Accuracy, short preparation time, portable launcher, capability of transporting ready missile and using TVC system are among the extraordinary properties.

Sejil is the first mid-range solid fueled missile of Iran. Some experts consider it the best Iranian ballistic missile. This missile has a mobile launch system capable of carrying a ready-to-launch missile.

The solid-fueled missile needs only a few minutes to prepare and the launcher leaves launching point immediately which gives the missile ultimate stealth mode. Sejjil has high acceleration which makes it difficult for enemy to track it at the initial stage of launch and thus intercepting.

Sejjil 1 did not have a guided warhead and its error was between 100 and 150 meters. However, in Sejjil 2, which was unveiled on December 15, 2009, fins were added to the Sejjil 2 warhead to guide it until it hit the target, which reduced the missile’s error to less than 10 meters.