Latest Updates On Yemen 14 May 2018; Al-Haymah has fallen & the Announcement of Yemen on Recent Events of Palestine 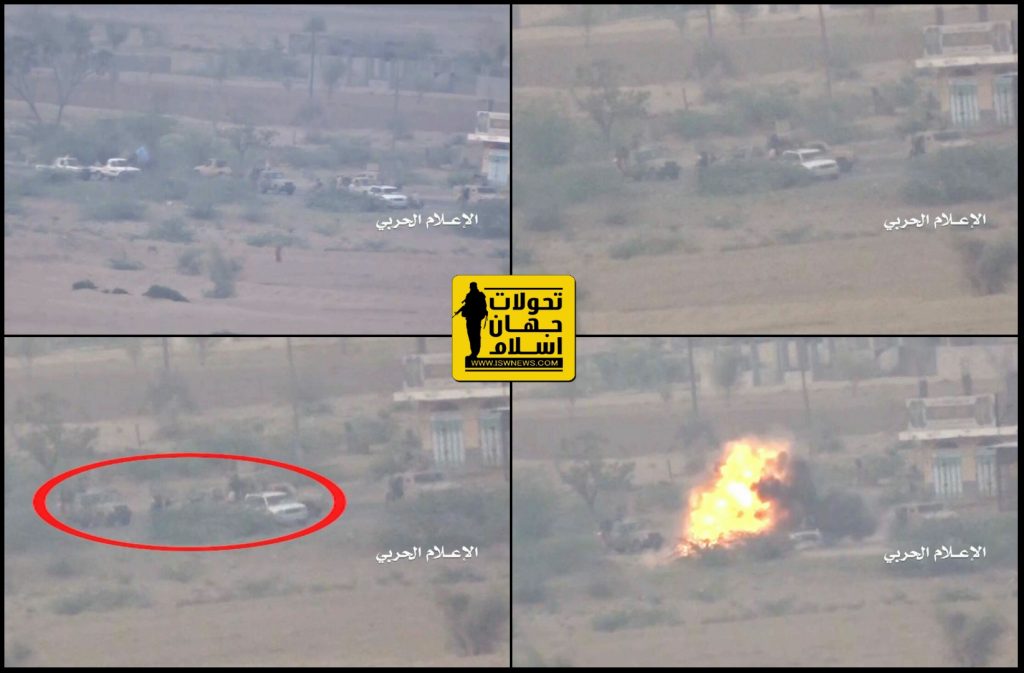 1- A Saudi drone was shot down in “Jareh” valley (border of Jizan).

2- A Badr-1 missile launched towards “ARAMCO” oil company in Jizan.

Today, The UAE-Backed forces started their operation under the name of “The Red Thunder”.

the regions of Al-Jarahi, Zubaid, Al-Tahita, are under the heavy airstrikes by the Saudi-Backed Alliance, the army and the people’s committees in these regions resisting strongly.

The Republic of Yemen, demands from all the Arabic & Islamic countries, to swiftly reconsider their stand about the arrogant & colonialistic policy and actions of the United States.

We demand from Arabic & Islamic countries, in defiance of these actions, to close the US embassies.