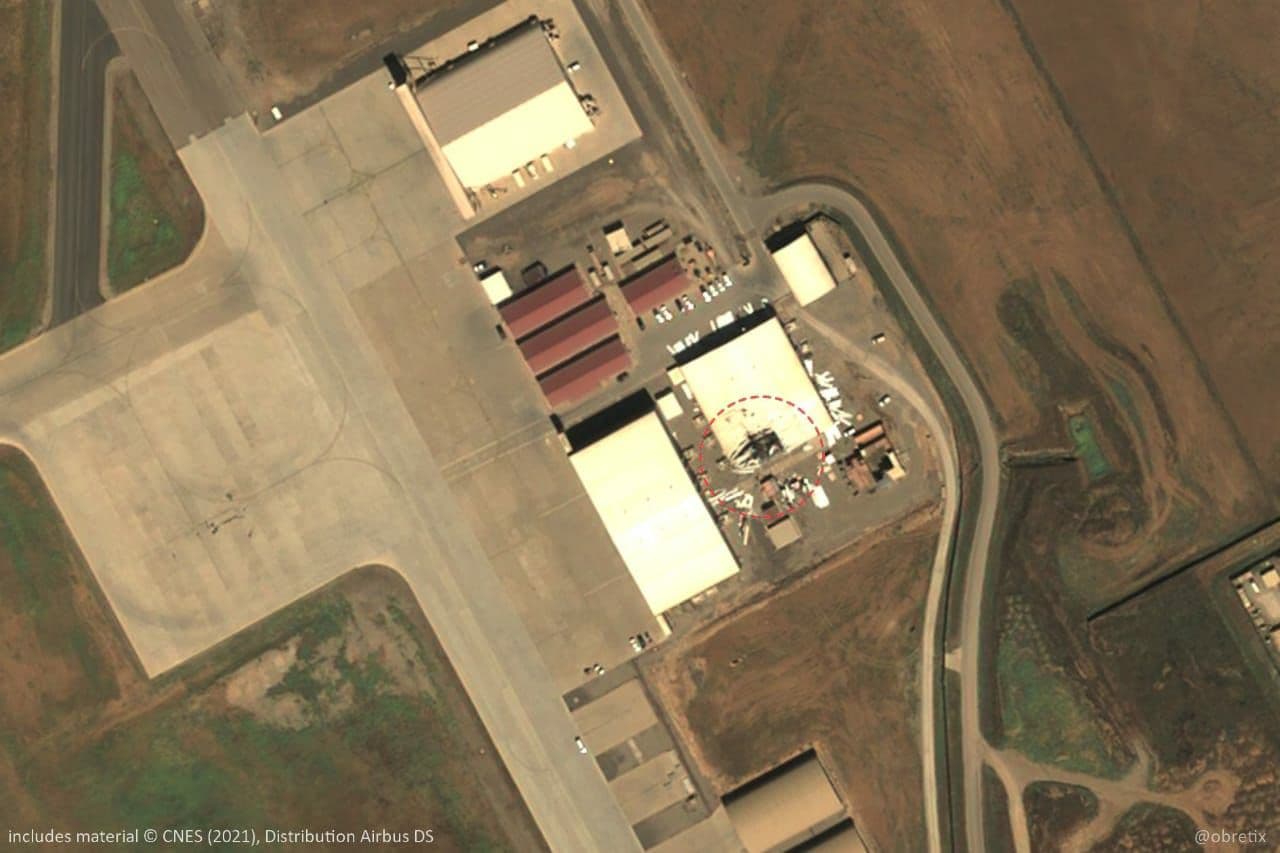 The Washington Post in an article revealed the details of the April drone attack on a US military base at Erbil Airport. According to the information provided in the attack, a hangar belonging to the CIA has been targeted.

In the last hours of April 15, Iraqi resistance groups attacked a US military base at Erbil Airport in Iraq with a suicide drone. Minutes after the attack, a thick column of smoke was seen over the area, indicating that the attack was successful. Following the attack, all entrances to the area were blocked and reporters were prevented from entering the airport and the scene.

So far the details of the attack were remained silent; but a recent Washington Post article quoted officials familiar with the matter, saying that the attack took place against a CIA hangar in the heart of Erbil Airport in Iraq.

According to the information provided, the flight path of the drone was tracked until 16 km from the airport and after that there is no information. Also after investigating of the wreckage of the suicide drone, US officials claimed it was made in Iran.

Although the attack is said to have left no casualties, a meeting is being held by US military and security officials to respond to the attack, with some US officials calling for a swift military response and others for restraint; eventually however no action was taken.

This wasn’t the last of drone attacks on American bases; just two days later Iraqi Resistance groups attacked US troops in Ain Al Asad Airbase using three suicide drones. This was completely censored by American officials and media. Also on April 28, the Iraqi resistance group targeted positions of US forces in Balad Airbase north of Baghdad with a suicide drone. On May 8, in another major attack, Ain Al Asad Airbase was attacked by one drone again and at least one hangar suffered damages.

The drone strike on US positions and interests on Iraqi soil is a new type of attack by Iraqi groups against the occupiers that has deeply upset US officials and, according to the US itself, these attacks have greatly affected US intelligence and military dominance in Iraq.

There have been reports of drone activities in Iraq in the past, but the recent attacks on US interests in Iraq are of a different kind and are being carried out with extraordinary precision and effectiveness that we have not seen before. This is why US officials are concerned. The precise attack on a secret CIA hangar in the heart of Erbil Airport in Iraq is a very important issue that shows the deep intelligence superiority of Iran and Iraqi resistance groups against the American occupiers in Iraq.

Share it:
CIA Erbil Airport Iraq US US in Iraq