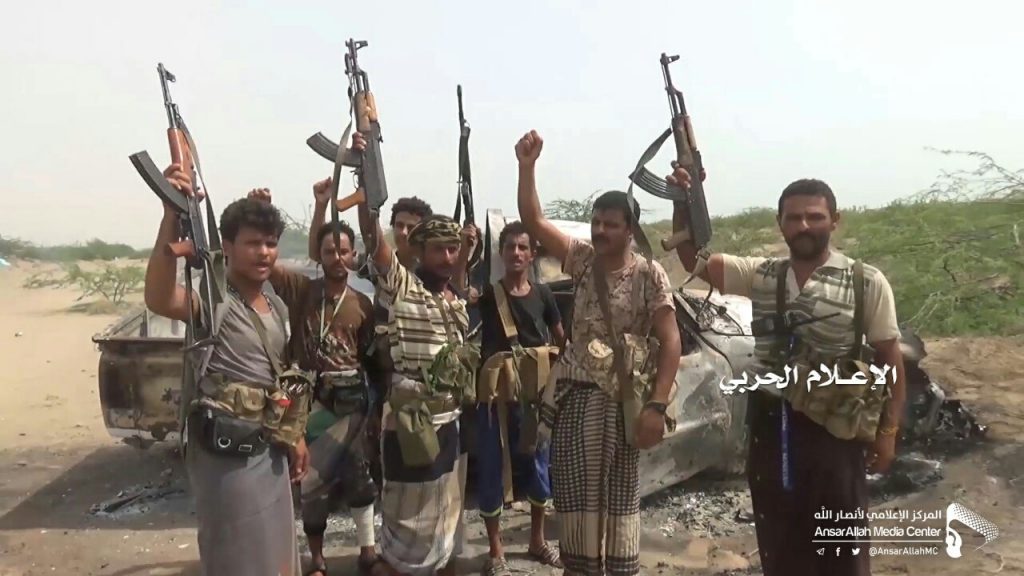 Ansarallah counterattacks in south of Hudaydah ; The heavy attacks by Hadi’s forces in Bayda province.

1- According to Saudi media, in May 2018 the Saudi casualties in Yemen war raised to 73 deaths and 22 injuries.

So the total number of Saudi casualties in the past three months is 210 deaths and 116 injuries.

Also a Coalition drone have been targeted by Ansarallah and Yemen air defense systems over the Alab bordercrossing in north of Sadaa province.

“All British military personnel based in Saudi Arabia are under British command and leadership and are not part of the Saudi coalition.

British troops will be involved in providing information, counseling and assistance to the Saudis.”

4- Ansarallah counterattacks in south of Hudaydah against the UAE-backed forces.

The battles have been retained in previous lines and in al-Durayhimi front, the UAE-backed forces attacks have repelled to Taef suburb.

The coalition is transferring forces and preparing for the next phase of their offensive on the west shore.

5- Repelling the heavy attacks of Mansour Hadi forces in Qaniya front in north of Bayda province.