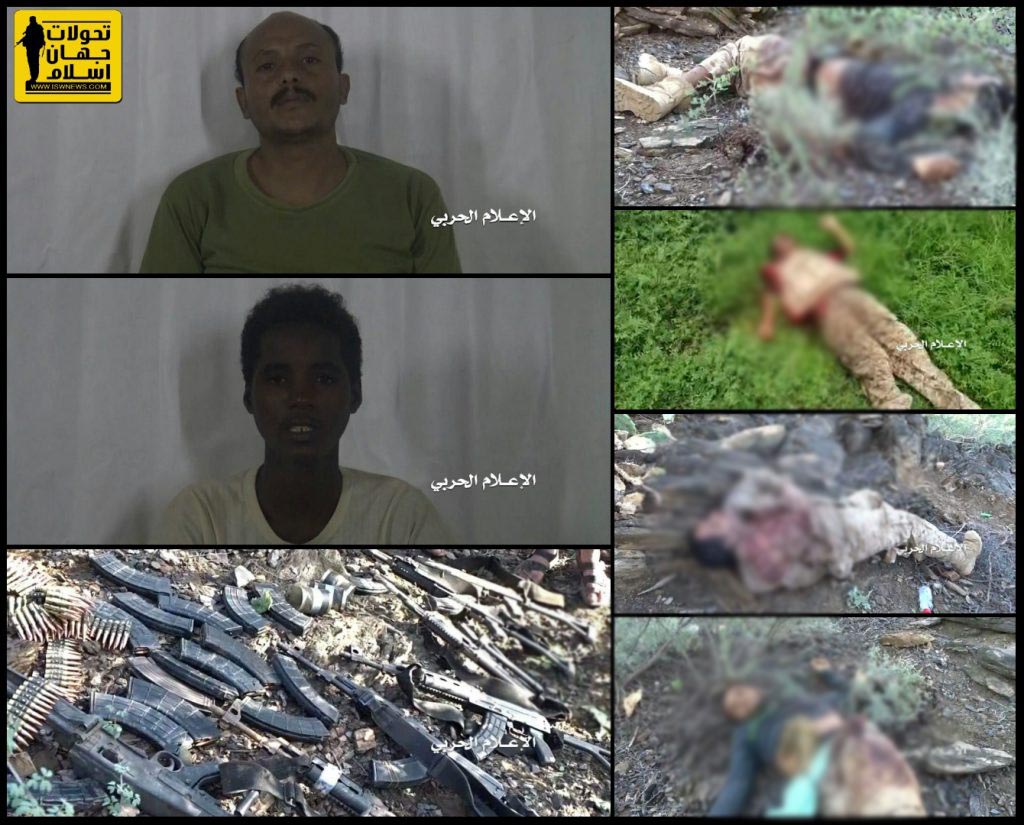 “Pictures are about capturing the Saudi-led coalition forces in eastern heights of Al-Dukhan, located in Jizan borders, by The Army and Ansarallah offensive.”

1. The summarziation of Muhammed Ali Houthi’s discussion, the “President of the Revolutionary Committee of Yemen”, with AlMayadeen channel:

“We didn’t receive any suggestion from the UN’s envoy about Al-Hudaydah port.

The goal of bringing up Iran supporting us, is to justify their killings and their attack to Yemen’s revolution and UN’s security council resolutions.

There is no obstacle for establishing a good relation between us and Qatar or any other country. We invite the European countries to change their perspective and stop selling weapons to Saudi Arabia. We also ask our brothers in Turkey to come to Yemenis people and help with the process of political dispute resolution.

None of the promises that were made about the removal of Sana’a airport siege or Al-Hudaydah port and we welcome all the TV medias in west coast region in order to get the operational situation.

So that they know that Al-Hudaydah is not a military warehouse but only there exists United Nation’s warehouses.

In the battles in the west coast of Yemen, we are facing American & Israeli naval ships, and Israeli fighter jets are participating in west coast battles.

The Saudi-led coalition have gain no victory in any frontlines in Yemen, its us that retreated from some of the fronts.”

2- During the military operation of Army and Ansarallah in Al Maton District (of Al-Jawf governorate), Al-Hazmah Region (east of Al-Maton) was liberated from Mansour Hadi forces.

3- Al-Hudaydah
Southern local medias, gave news about the American military forces entering a naval base in “Aden ” (with the request of UAE about the help of Americans in Al-Hudaydah Operation).

It is said that UAE and Saudi Arabia requested United States Airforce’s participation for continuing the Al-Hudaydah battles.

The Al-Jah region is still under feint attacks and fire by The Army and Ansarallah.