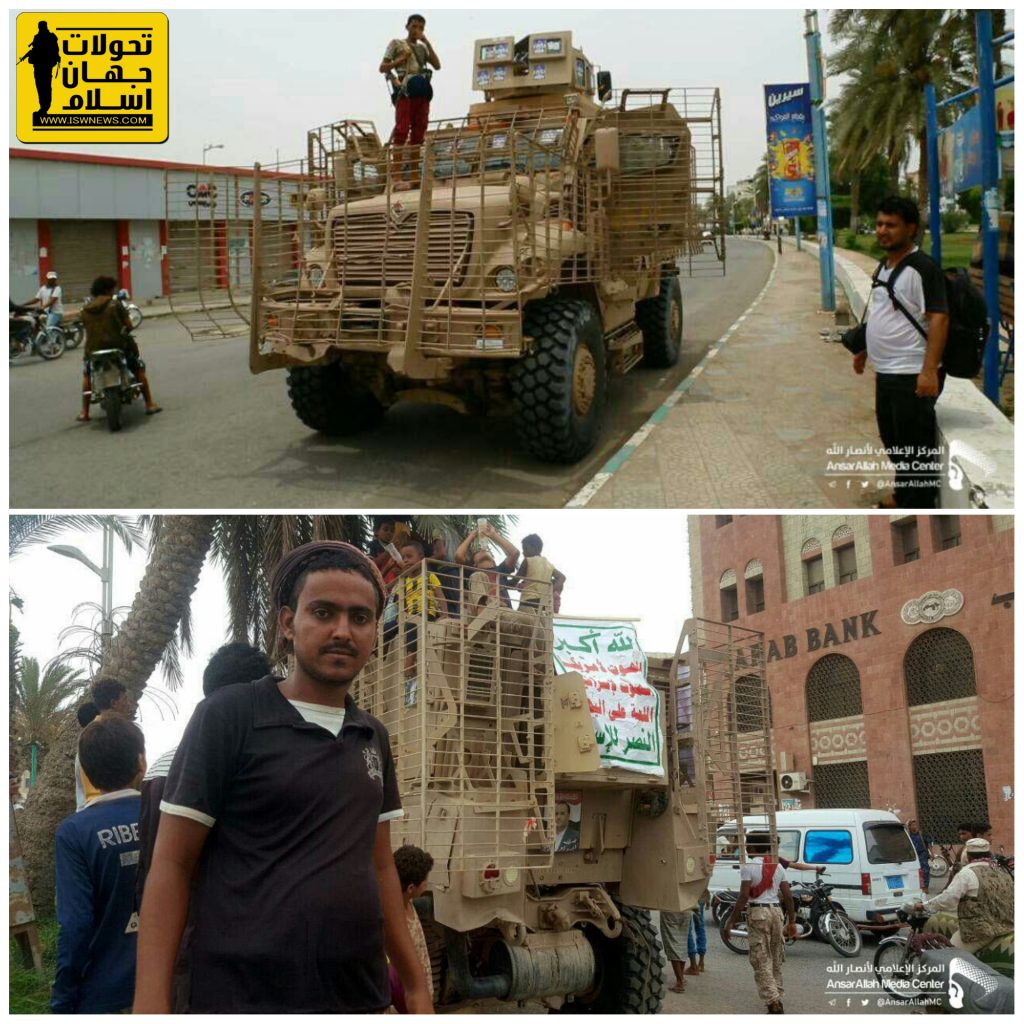 Following the western shores of Hudaydah clashes, today, in Tuhayta axis the al-Jah region and 25km of western shores in south of al-Hudaydah have liberated from UAE-backed forces.

But the UAE-backed forces are still in Majilis, Ghalifiqa and Shujayra.

Now the AnsarAllah attacks reached to al-Faza and east of Hays.

2. The heavy bombardment of al-Motun district by Saudi-led coalition, after the AnsarAllah advances in east of this district.

3. Saudi Media claimed that the Qarin and Uwayd mountain in Muqbana axis captured by Southerners.

4. Summary of “Abdul Malik Al Houthi” leader of AnsarAllah’s speech last night in Quds day:
“The issue of Palestine today is not a single country’s issue but an issue for entire Muslim world.

USA is an ambitious country which is after controlling everywhere and abusing nations. The connection between Saudi and UAE with USA and Israel is to make Islamic world to surrender and destroy them.

The Islamic world if loses its sacred things, which are its identity, turns into a weak community. Therefore the connection of the community with Quds and Al Aqsa is a principle describing its values.
Saudi is destroying the region and the stance of Saudi and UAE about “Deal of the Century” is clear to everyone.
I demand Yemeni nation to participate in Quds day parade in Sanaa, Al Hudaydah and other cities very significantly and better than previous years. Al Alam
Iran and its Muslim people are under pressure because they are free; since they don’t obey Israel and USA and are standing beside Palestinians and Lebanese Moghawemat”

5. The UN envoy plan for solving the Yemen crisis.

In this plan Ansarallah will stop the missile attacks and in return the Saudis will stop the bombing Yemen, and to agree on a transitional government and a framework for negotiations.

Also they should surrender the heavy and medium weapons.

The transfer of power is based on constitutional and electoral terms, and the establishment of peace between all groups.

The creation of an inclusive transition government, led by the prime minister agreed upon by all political groups, is also the final step. (al-Alam)

“Images: The Ansarallah’s trophy from the Saudi Coalition, al-Hudaydah on the occasion of the Quds Day”