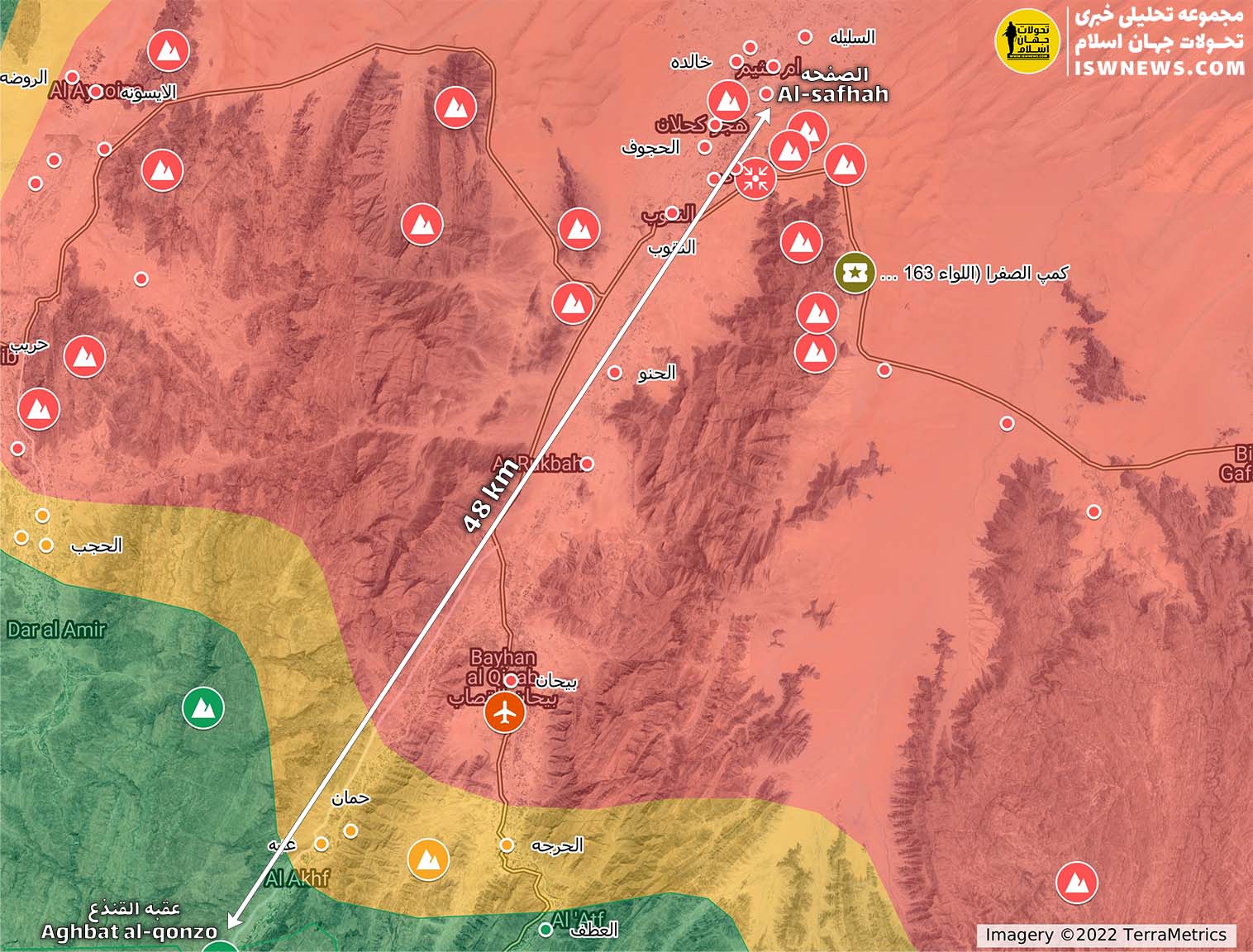 The missile attack was carried out in the last hours of last night, January 28, against a gathering of Amaliqa forces (Giant Brigades) in the al-Safhah area of Usaylan.

According to Brigadier General Yahya al-Sari’, a spokesman for the Yemeni Armed Forces, several military and armored vehicles were destroyed and at least 40 militants and commanders of the Amalqa forces were killed and wounded during the attack.

Considering the distance of Ansar Allah positions to al-Safhah area (48 km) and also the history of Ansar Allah missile attacks, the type of missile used in this attack was probably the Badr P-1 missile.