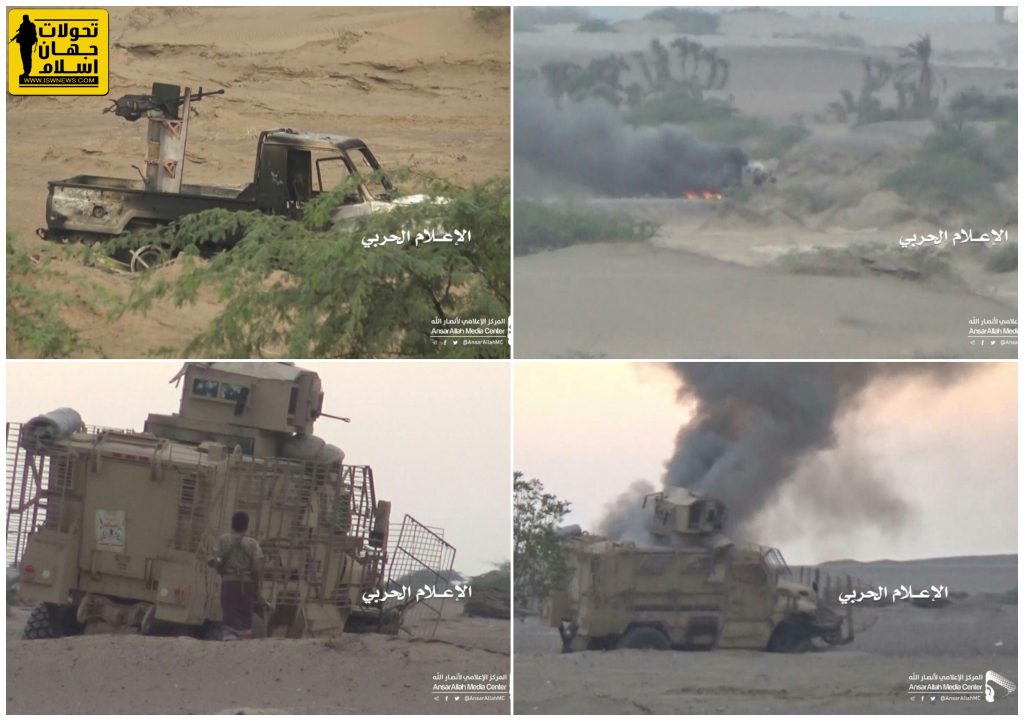 This morning, the clashes in eastern, southern and western suburbs have escalated with missile attacks and bombardments of Saudi-led coalition’s airstrikes, and the news about losing the airfield is not true, for now.

Also, UAE-Backed forces tried to cut the AlHudaydah-Sana’a road (eastern road), and after their failure of attacking Maydan AlMotahen, they increased their attacks on east to three way(Sana’a Crossroad).

Ansarallah’s reconnaissance & drone attacks, alongside their sporadic attacks in southern Al-Hudaydah is consistent, and with regards to this, today Ansarallah has closed the coastal road in west of Durayhimi.

(In these recent days, the coastal road have not been closed completely for UAE-Backed and coalition forces; however Ansarallah’s ambushes continue in Fazah and Jah and Nakhilah.)

2. The spokesmen Yemen’s airforce and airdefense forces in his interview with Al-Alam:
During this two week of aggression against Al-Hudaydah, more than 418 of enemy’s forces have been killed and 322 injured. unfortunately the majority of casualties were of people of southern provinces.

Also, past two days, 44 armored vehicles were destroyed; and an entire battalion were captured.