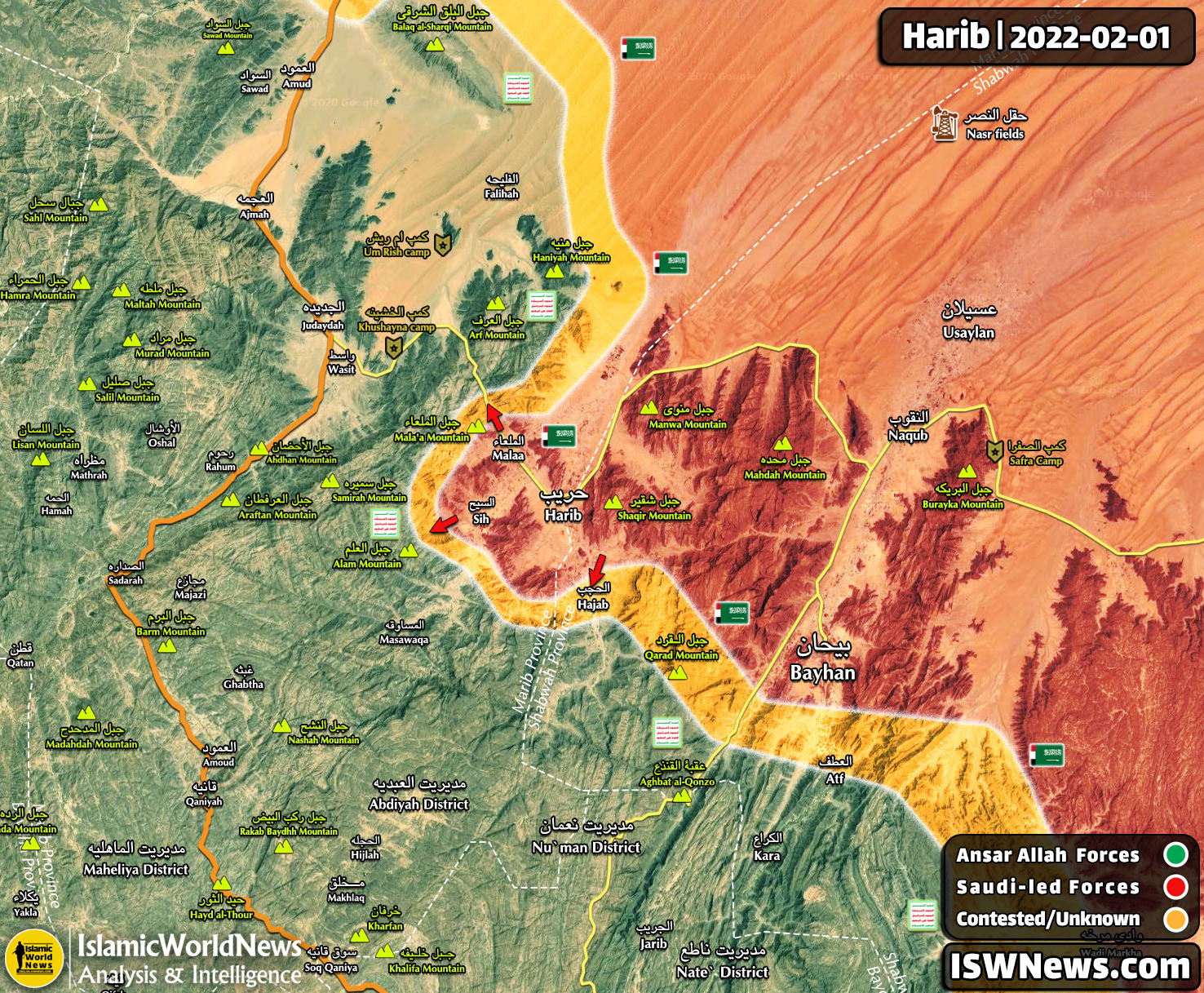 ISWNews Analysis Group: The advance of the Saudi-led forces in the south of Marib province was stopped in the Harib region.

As expected, Ansar Allah succeeded to halt the advance of the Saudi-led forces in its second line of defense in the south of Marib province, in the al-Malaa heights to Haniyah mountain.

In the Abdiyah district, the support of the Bani Abd tribes for Ansar Allah has temporarily dissuaded the coalition from entering the district, although sporadic clashes continue in the highlands overlooking al-Musawaqa.

The situation in Ain district remains unclear, and the Saudi coalition media have claimed coalition control over the Hajab town and other areas of the district. In Beyhan district also, clashes in the southern heights of Beyhan town have stopped.

In the past 48 hours, Saudi coalition warplanes have bombed Wadi, Juba, Raghwan and Majzar 30 times in the south and west of Marib province. Ansar Allah also continue to inflict casualties on Amaliqa forces by carrying out numerous missile attacks on positions of Amaliqa in the Usaylan region.

The withdrawal of Amaliqa forces from the battles of Marib indicates the cessation of the recent Saudi coalition operations in these areas. However, the daily visits of the military officials of the Mansour Hadi government from the southern fronts of Marib city, as well as the transfer of Ansar Allah forces and military equipment to al-Balaq heights, show the determination of both sides to control the southern areas of Marib. The battles of the coming days in this region will be effective in the course of the Yemeni war.